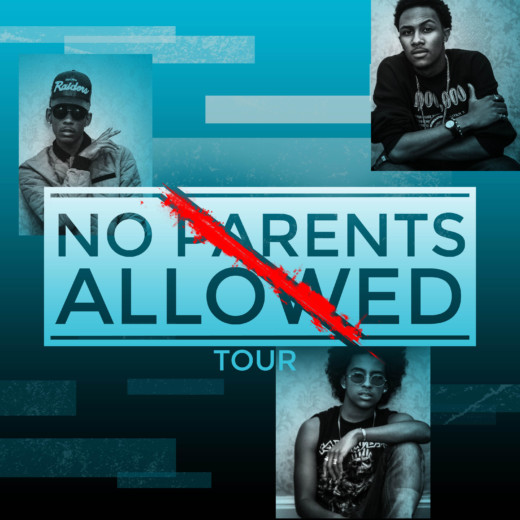 The homies Mindless Behavior announces their #NoParentsAllowed Fall Tour Presented by Ones To Watch Sponsored by Alcatel. The trio decided to follow their dope summer 16 album “OffIcial MB Music that made the Top 5 of Billboard R&B Chart!

Yall get ready because Mindless Behavior is BACK!
Check out the details after the break.

R&B trio Mindless Behavior has announced their “#NoParentsAllowed” tour Presented by Ones To Watch Sponsored by Alcatel in support of their latest studio album, #OfficialMBMusic, released this summer on Conjunction Entertainment/ADA.

Mindless Behavior kicked off summer 16 with the release of their single “#iWantDat” featuring West Coast rappers Problem and Bad Lucc. To-date, the song has garnered over three million views on Vevo. The upcoming tour will mark the first tour for its newest members E.J. and Mike River and is the most anticipated since its 2012 tour that was chronicled in the breakout concert movie “Mindless Behavior: All Around the World” with Awesomeness TV.

The #OfficialMBMusic album marks the return of the swagged-up and soulful R&B trio who have elevated and expanded on their patented sound. It’s a sound that turned millions into fans when the group officially arrived in 2011 with their major label debut, #1 Girl. In addition to bowing at #7 on the Billboard Top 200, the debut record yielded hits such as “Mrs. Right” feat. Diggy Simmons and “#1 Girl,” which would collectively surpass 5.5 million ringtones and 845,000 single sales. 2013’s All Around the World, was a joint release including an album and concert film that became one of the most prominent box office releases by a YouTube channel. The buzz helped the sophomore album top Billboard’s R&B/Hip-Hop Albums chart and land at #6 on the Top 200.

Alcatel and their all-new IDOL 4, along with Cricket Wireless are the exclusive mobile handset, VR accessories partner, and wireless provider of Ones to Watch; leveraging this platform as an opportunity for fans across the country to discover Alcatel and IDOL 4 with VR Experience. As part of their partnership, brand ambassadors for Alcatel will be on-site at select tour stops to provide an opportunity for fans to have a hands-on viewing experience with the IDOL 4 and Alcatel Virtual Reality goggles.

It’s going to be EPIC! Yall be sure to support the homies!