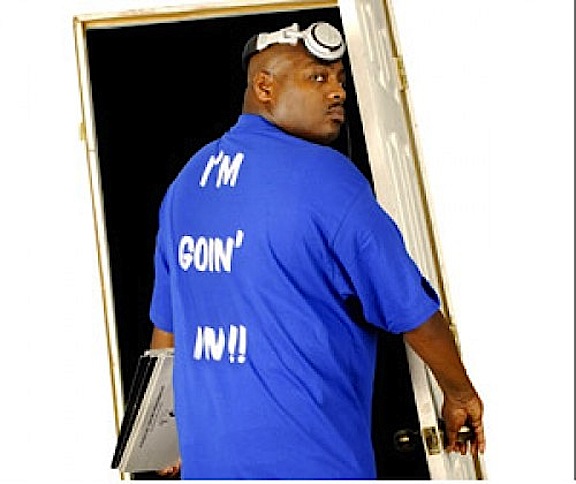 Rap producer and DJ Mister Cee pleaded guilty to a loitering offence on Wednesday after he was caught getting oral sex from another man earlier this year. Cee, whose real name is Calvin LeBrun, 44, and his younger male companion, Lawrence Campbell, were caught by police at 4am in a car parked in lower Manhattan, New York, on March 30. Cee, a well-respected producer, pleaded guilty to a charge of loitering for the purpose of engaging in a prostitution offence, which is a violation and not a crime.

He was ordered to do 12 sessions of counselling with a doctor, officials said. He was originally charged with public lewdness, but offered a guilty plea to the loitering charge instead. Cee made a name for himself in the hip-hop world as Big Daddy Kane’s deejay. He went on to produce Ready To Die, Notorious B.I.G.’s first album. On the popular hip-hop channel Hot 97, he hosts Throwback At Noon, a classic hits hour. At the time of his arrest police said their behaviour was ‘open to public view.’ Cee strongly denied the allegation at the time.
He took to Twitter to defend himself, tweeting:

‘Never was I in a car with anyone when I was detained. The facts will come out and show what is being reported is totally untrue.’

Well the ish has hit the fan and he is officially queer eyed for the tran-guy! Just sayin..Lol