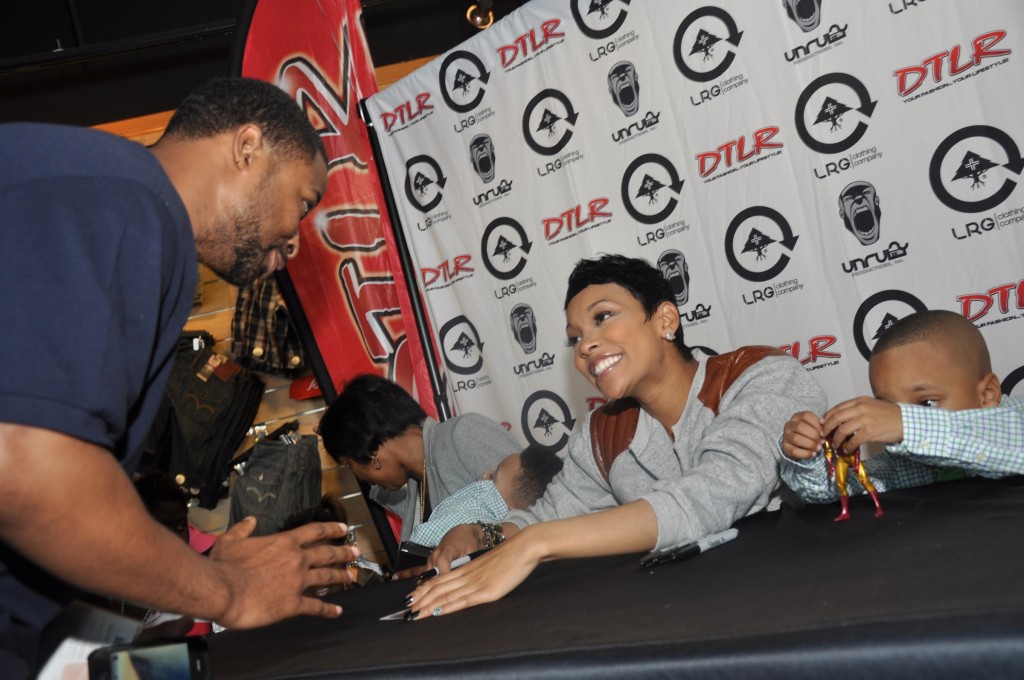 Monica held an instore “Meet and Greet” at DTLR in Atlanta Â for the release of her new album Still Standing. HUNDREDS of fans came out from all around Georgia, and even traveled from Alabama, Tennessee, and South Carolina just to have the chance to meet her. Over 800+ people showed up for the meet and greet, but only 500 were able to get in. After signing autograph for 3 hours, she had to Â leave out to fly to New York to attend her album release party. I have to say fan’s were NOT happy. Some even broke down crying thinking they had missed their chance to meet her. 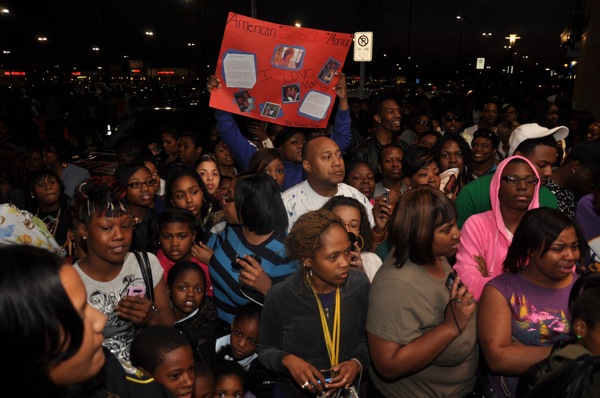 However, if you know Monica, you know that she would never leave her fans hanging. For all those who MISSED their chance, Monica will RETURN to DTLR this Thursday for another meet and greet. Go cop Mo’s new CD “Still Standing” if you haven’t done so already. It was so sad because she had to apologize to her biggest fans whoÂ had broken downÂ in tears after not being able to get in the store. 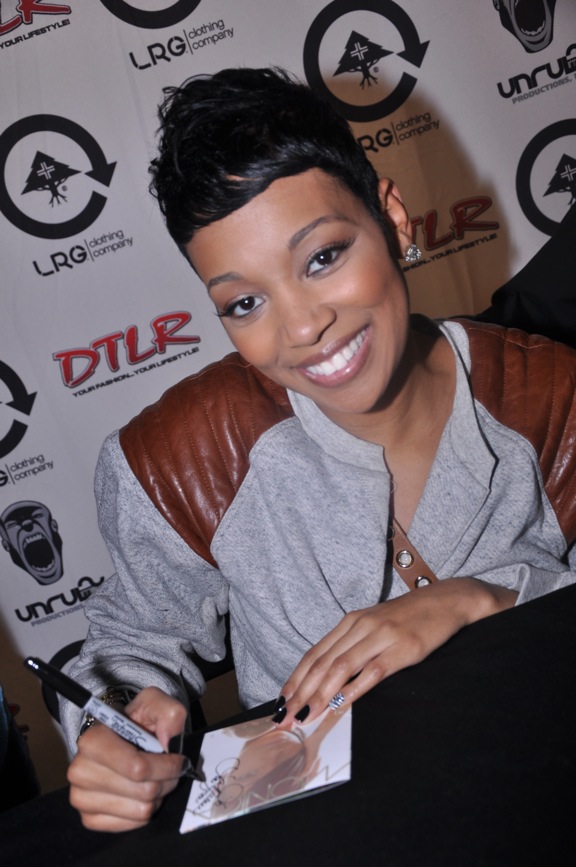 She’s everyone to know:

“Thank you all so much for all the love and support that everyone has shown me, and I will be back at DTLR on Thursday at 6 pm”