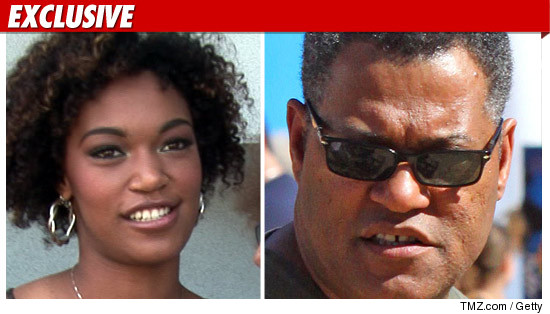 MontanaÂ FishburneÂ said Laurence told her she is unwelcome in his life and wants nothing to do with her . Â  According to TMZ ,Montana stated her dad said, “I’m not going to speak with you ’till you turn your life around.”Â  Laurence was referring to his daughter joining the ranks of Vivid Entertainment as an adult film star. Montana says Laurence added, “You embarrassed me.” And this parting shot.Â  According to Montana, Laurence said, “You used your last name. No one uses their real name in adult films.” Did he want herÂ to be calledÂ Â “Mo Buttburns?”Â  Dang, he is really pissed. He is writing her off. I think she was lacking something and his job as a parent is to teach her.Â  This is what happensÂ  when your nanny raises your child! Just kidding. I hope they can work out their differences. – Another post by Courtney L./Source: TMZ