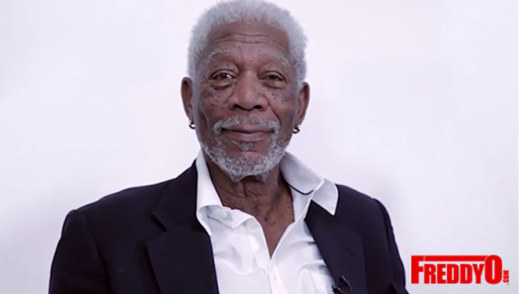 Actor Morgan Freeman opens up about being picky about his weed and doing roles for the money. This is a glimpse of Morgan Freeman that most of us hasn’t seen and it’s quite amusing.

In an intimate, wide-ranging interview, Morgan Freeman sits down with Larry King on the Emmy-nominated series “Larry King Now,” where he opens up about not seeing many scripts, his relationship with President Obama, and his love of marijuana.

The Oscar winner says he’s not picky when it comes to what strain of marijuana he smokes, and makes his case for legalizing the plant. He shares,

“They can’t continue to say that it’s a dangerous drug when it’s safer than alcohol!”

And while the Oscars were held last weekend, Morgan Freeman an Academy Award winner and ‘Best Picture’ presenter argues

“I’m not quite sure that there is a diversity issue in Hollywood. There were no Asians, either. I think if you’re going to talk about diversity in movies, let’s not talk about the Academy Awards. We need to go way way back, we need to go back to people who are making the movie: directors, producers and people behind the camera.”

Although the Oscar winner has been in his fair share of movies, he’s not shy to admit what few actors will: sometimes he takes roles for the money. He shares,

Morgan Freeman also confirms to Larry King that he had dinner with President Obama in Washington, D.C. and reveals details about the upcoming Obama Presidential Center.

“There were a bunch of us there to start helping him design the Obama Center,” he says.“He’s [President Obama] anxious to make it so that when people visit, they come away with maybe a little incentive to take part in the process more.”

Plus, Morgan Freeman explains the origins of his “voice of God” and his latest partnership with Waze.

He’s the voice of God, Waze GPS, and Hillary Clinton’s new ad campaign, but Morgan Freeman says he didn’t always sound the way he does today. The Oscar winner describes how he found his voice – one of the world’s most recognizable – to Larry King.