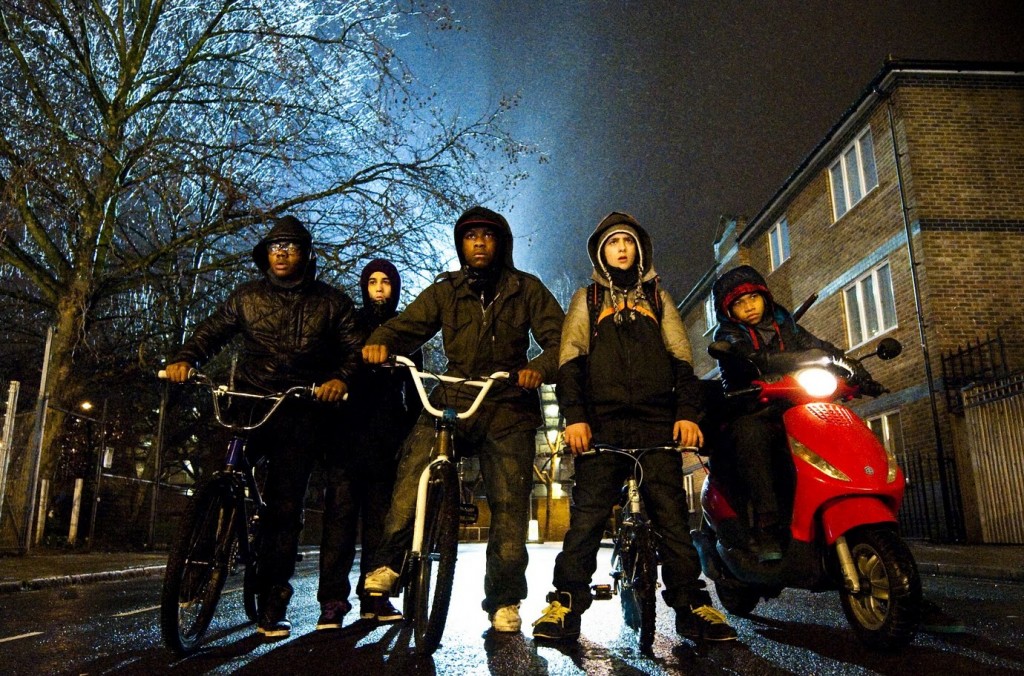 At first appearance, Attack The Block â€“ a new British film set in the apartment blocks of South London, seems like a cheesy movie about aliens attacking earth. Upon watching the film, I was pleasantly surprised to find the movie to be witty and provocative. The film also is socially critical, highlighting many of the underlying issues that caused the explosive events in South London and across the United Kingdom. John Boyega, a 19-year-old newcomer, plays the lead, Moses – a rough, neglected teenager who leads a ragtag gang of four other boys. Born and raised in the streets of South London, Boyega easily connects with the role, leaving very little doubt as to the authenticity of the character he portrays. 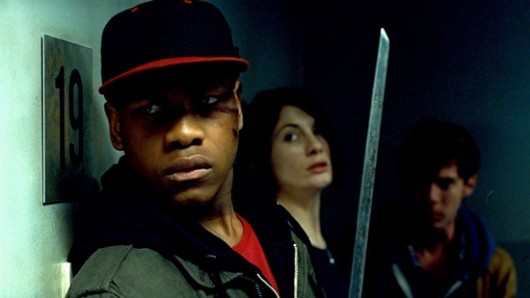 Attack The Block opens with fireworks over London and in the midst of them, Moses and his crew begin robbing a woman as she walks home alone. An alien decides to crash-land on top of them, ruining the party. The alien then attacks Moses while he is trying to rob the car it destroyed in the process of landing, so he chases it down and kills itâ€¦and the trouble begins.

While the movie utilizes modern film technology, the Attack The Block harkens back to a time when all supernatural or extraterrestrial creatures werenâ€™t computer generated. And thatâ€™s what makes it amazing. The classic horror/suspense style of the movie allows for the focus to be on the real life actors, not the aliens that are chasing them. The British accent may have made understanding things a little hard at times, however the comedy translated easily. 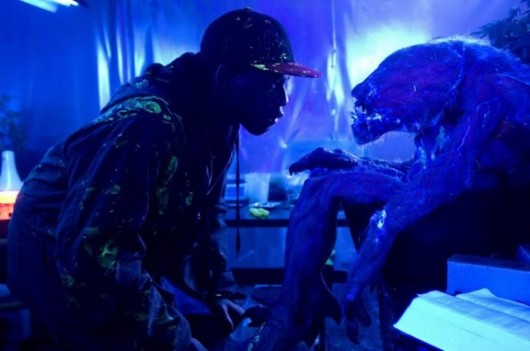 The horror, suspense and action brought me back to the 80â€™s, when it wasnâ€™t about the grotesqueness or how much a movie disturbed the audience that was its main attraction, but the actual story that it portrayed. Attack the Block is sure to be a classic in the horror/suspense movie genreâ€¦And yes that was me screaming in the movie theater.

I give Attack The Block 5 FreddyOs – OOOOO

Here is an interview we had with the star of the show John Boyega: