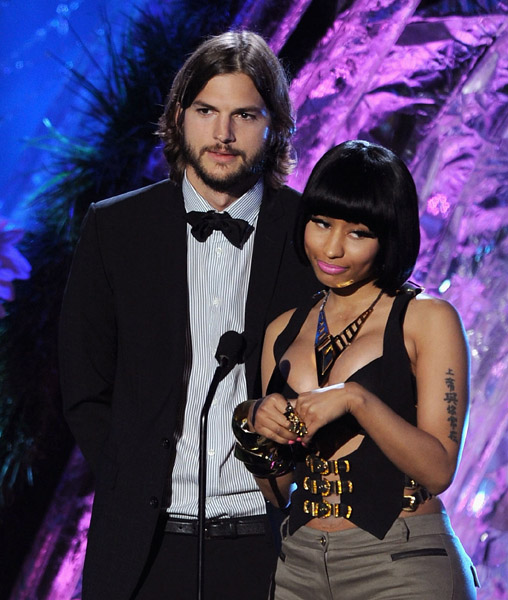 Last night I checked out the MTV Movie Awards or shall I say “Twilight Awards” because that seems to be the only movie to win anything. Appearing at last nights awards were Nikki Minaj who Presented the Best Female Performance Award with Ashton Kutcher. Won by Twilight star Kristen Stewart. The Awards were held at the Gibson Amphitheater and hosted by Jason Sudeikis, whom I think did a good job and kept the crowd enthused. There was also a performance by Lupe Fiasco and Trey Songz, they performed Lupe’s new single in which Trey is featured on as well as “The Show Goes On”. I wasn’t to empressed but hey to each it’s own and I know it will be better come fall for the Music Awards.