Musical Inspired by Tupac ‘Holler If Ya Hear Me’ Opens On Broadway! 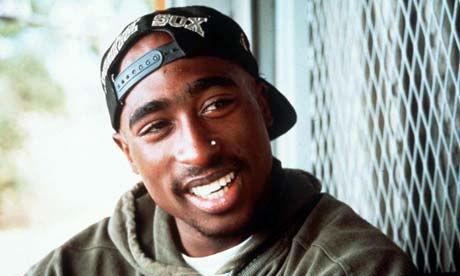 The late great Tupac Shakur is known for his passion, his music, and his poetry now  that voice will be seen and enjoyed on Broadway. If Tupac was alive what would he think about his music being on Broadway!

The music of the late rapper Tupac Shakur is hitting Broadway. The musical “Holler If Ya Hear Me” officially opens at New York’s Palace Theatre today, just three days after what would have been the rapper’s 43rd birthday.

Previews of the musical have been staged since late last month. Among the songs featured in the show are Tupac’s “California Love” and  “Unconditional Love” as well as the title track.

Tupac’s music will be center stage, the plot will not revolve around the late rapper’s life. Instead,  the musical will use his hits to tell a story of family, friendship and love.

If you are in NYC let me know if you get a chance to see Tupac on Broadway that seems so COOL!

Reports are surfacing that Rosie Perez, one of the newest co-hosts on 'The View,' could possibly depart the show after only four months. Click the link...
Read more
Broadway

Jennifer Hudson to Make Her Broadway Debut in ‘The Color Purple!’

Grammy and Oscar winning vocalist Jennifer Hudson will finally make her debut on Broadway in an updated version of "The Color Purple!" Here are the...
Read more
Broadway

NeNe Leakes, star of the Real Housewives of Atlanta, became quite emotional during a curtain call after the final Broadway show of "Cinderella" on...
Read more