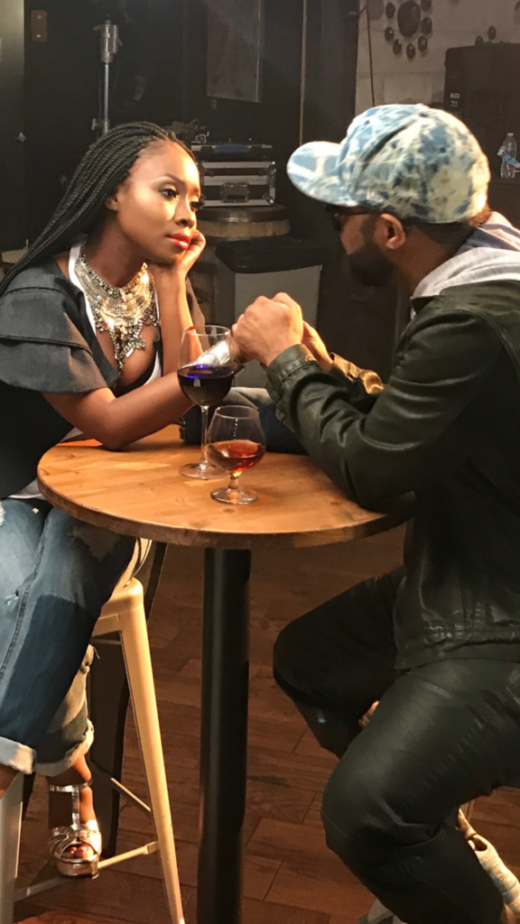 As of recently, a number of rumors about Musiq Soulchild’s love life have surfaced.  Of all the new rumors, the most interesting is the one declaring Musiq and his ex-girlfriend of many years are back on the scene as one.

That’s right, Meelah Williams, Soulchild’s long-time girlfriend, singer, and mother to his son were spotted together in Miami multiple times. By the looks of the leaked photos, the two seemed to be rather cozy with one another. The vocalists were spotted together a few times in addition to this.

According to the unamed source, Meelah has signed to Musiq’s new record label and has been signed since last year. That’s right, Meelah is signed to Musiq Soulchild’s new label, “SoulStar Music Company,” which is distributed through eOne.

Not only have the two been spotted together, but they are officially in business together. According to an unnamed source, Meelah has a new project on its way that will be released later this year under the new label.

The unnamed source which is close to Soulchild claimed that the R&B Diva was in Miami filming the lead role in his new video, “Start Over.” The single is from Musiq’s forthcoming album which is scheduled to debut in July 2017. In a phone interview, the Hype Magazine asked if the two vocalists were “reuniting,” and the source replied, “I can’t say yes or no to that. Just listen to the song. Musiq talks about his love life in his music, so the answers are there.”