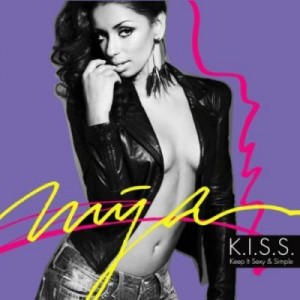 Singer Mya will finally release her album “K.I.S.S. (Keep It Sexy & Simple)” in the United States.

The album will be available digitally in the states on December 20th.

Mya has been on a musical hiatus since her last album “Liberation,” but released “Sugar & Spice” only overseas.

Peep the official tracklisting inside.

The album was first released overseas, but never got a stateside release. The album features guest appearances by Sean Paul, Trina, Marques Houston and more.