#MyFab40 Featuring Notoya & Fred the Founders of Media Take Out 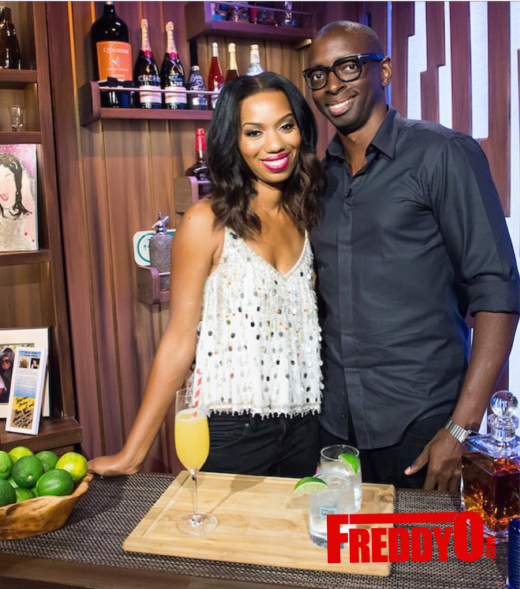 I had the privilege to attend my girl Notoya Mwangaguhunga‘s #MyFab40 birthday party hosted by Bravo and her loving husband Fred Mwangaguhunga. The party was over very glamorours, over the top, and the stuff of dreams. The power couple who run the highly successful Media Take Out Entertainment Outlet met in law school and decided to take on the armor of entrepreneurship and live the life that they wanted on their terms.

During Bravo’s My Fab 40 we got the opportunity to meet the masterminds behind ‘Media Take Out’. Fred is from Washington DC but his parents are from Uganda while Notoya was born in Jamaica but migrated to the United States with her family and grew up in Brooklyn.

The couple shared candidly how they strived to get their educations and pursue careers in the LAW but realized that they wanted to create a life of their own which involved them disappointing their families, walking away from their lucrative careers to embrace entrepreneurship. The couple shared that they had a dry cleaners company before starting Media Take Out.

So many people see the glamour but miss seeing the years of struggle and hard work. Notoya candidly shared that there were times when they had no money for food and had to wing it. The couple persevered and are living the life that hard work, perseverance, and team work paved. The couple hosted a lavish NYC birthday party to celebrate Notoya’s day, they renewed their wedding vows with the help of Rev. Al Sharpton, and they did it in grand style that came up to almost $180,000. Fred was able to upgrade his wife’s wedding ring and all of their love ones including the couple’s triplets were there to cheer them on.

Happy Birthday Notoya and congrats to you and Fred!

Be sure to check out MTO for your constant stream of entertainment and check out some of my images too!