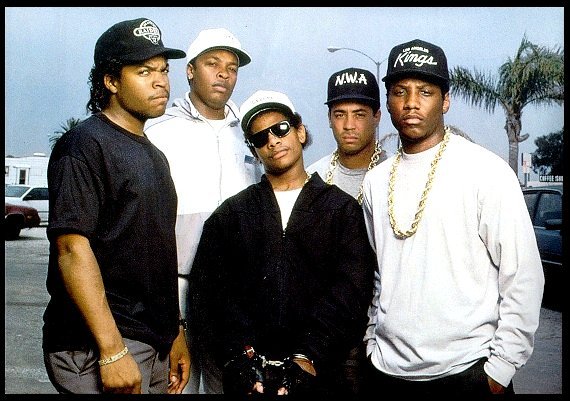 New Line Cinema has given the green light to start production on a movie based on the infamous group N.W.A. In even more exciting news, former member and now acclaimed actor and producer Ice Cube is set to be the producer for this film. Is Hollywood ready for the streets of Compton?

Deceased member Eazy-E’s son Eric Wright Jr. spoke with TMZ about his excitement about the movies production and hinted that there is a “high probablity” that he would play the part of his father. Eric Jr. is quoted saying “I am the perfect man for the role.” Although there has been no word on what actors would play each member, we can definitely say Eric Wright Jr. may very well be first pick. The now 27 year old also has had previous acting training and although he has not been asked to formally audition for the part he tells TMZ he has been in contact with producers for film and is hoping for the best. Maybe we’ll see Eric Wright Jr. play the part of his life as young Christopher Wallace Jr. did in the movie Notorious.

N.W.A came to the scene in 1986 with original group members Arabian Prince, DJ Yella, Dr. Dre, Eazy-E, Ice Cube, and MC Ren. Their debut album “Straight Outta Compton” marked the start of the new gangsta rap era as the production and social awareness in their lyrics were revolutionary within the genre. In 1991 the group would come out with one more album and seperate soon after. After member Eazy-E dies from complications with AIDS in 1995 group members agreed that no reunion would be the same without Eazy.

Looks like N.W.A fans will be able to see there favorite rap group again coming to theaters soon. Is the world ready for N.W.A in Hollywood?