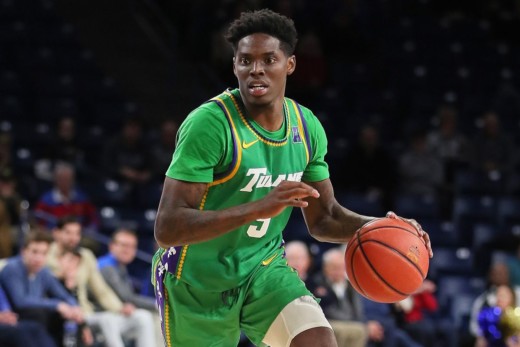 An NBA Draft prospect out of Tulane, was arrested and charged with murder Saturday night as one of six suspects in a fatal shooting earlier this month, according to multiple reports.

The 22-year-old is also charged with aggravated assault, possession of a firearm during the commission of a felony and battery after an April 8 incident in Stockbridge, Georgia.

After learning of the arrest, Tulane announced Sunday afternoon that Hightower was released from the program. Hightower had declared for the draft, but had one year of NCAA eligibility remaining and had the option to return to the New Orleans-based school.

According to jail logs, Hightower was detained by authorities on Saturday night and is now being held in Henry County Jail without bail.

Hightower was named in a Henry County police incident report that details a shooting at an apartment complex just before 11 a.m. on April 8. A 24-year-old man named Devante Anthony Long was shot and later died at a hospital.

Five of the six suspects involved were in custody Sunday, including Hightower’s brother Jeffery. Jail records say one man still hasn’t been arrested