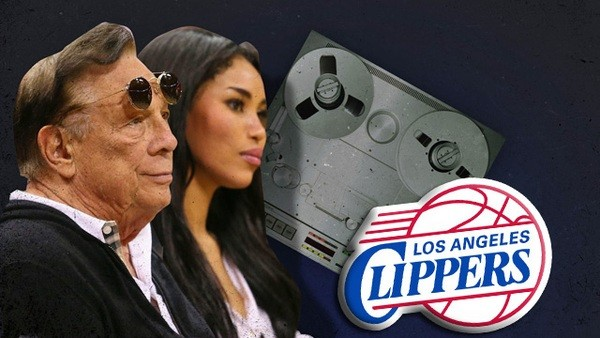 Racist, Racist, Racist LA Clippers Coach got the NBA Players up in arms and protesting his racist comments. Are we really surprised that this old coach is RACIST, RACIST, RACIST?
Check out the details below.Check out  Sterling talking with girlfriend Ms. Stiviano about her Instagram photo feed. The photos include images of her with African-Americans, including NBA great Earvin “Magic” Johnson. The audio shows Sterling’s embarrassment and frustration with Stiviano over her associating with African-Americans at Clippers games and for posting such pictures on her Instagram account.

So many NBA players are speaking out about and against the racist comments made by Los Angeles Clippers owner Donald Sterling. As you probably know by now owner of the LA Clippers was recorded telling his biracial girlfriend that she should be conscious of the company that she keep. He told her to stop hanging out with black people and that she should spend more time with white and Hispanics. RACIST, RACIST, RACIST Donald Sterling is dating a black woman,  is owner of a team of black basketball players, and don’t like black people. That is CRAZY!

The Clippers players staged a silent protest; as they warmed off for the NBA playoff game, the players removed their warmup shirts bearing team logos to reveal red T-shirts worn inside out, with the logos hidden. They finished warming up, removed the red shirts and played the game wearing their regular uniforms.

The National Basketball Players Association demanded Sterling be barred from all playoff games this season. The players also want an accounting of past accusations of racism against Sterling; an explanation of what kind of discipline might be issued; assurance that the league commissioner will work with the association; and assurance the investigation will be conducted swiftly.  Sterling wasn’t there to see the protest or his team lose 118-97 to the Golden State Warriors. He agreed to stay away from the game because of the controversy that heightened Sunday when the website Deadspin released an additional audio recording of a conversation that purports to be Sterling talking with girlfriend V. Stiviano earlier this month.

Ms. Stiviano’s lawyer’s office said Sunday that she didn’t release the recordings but that they’re legitimate. Her lawyers said,

“This office understands that the currently released audio tape of approximately 15 minutes is a portion of approximately one (1) hour of overall audio recording of Mr. Donald T. Sterling and Ms. Stiviano, and is in fact legitimate,” Mac E. Nehoray said in a news release. “Ms. Stiviano did not release the tape(s) to any news media.”

“As an owner, I’m obviously disgusted that a fellow team owner could hold such sickening and offensive views. … As a former player, I’m completely outraged. There is no room in the NBA — or anywhere else — for the kind of racism and hatred that Mr. Sterling allegedly expressed.”

Kareem Abdul-Jabbar, who was a Clippers special assistant coach in 2000 on Sterling,

“I know him. I know his voice. I am not surprised by this very much. Repugnant attitude for someone to have, and for him to be an employer for so many people of color, it kind of blows your mind.”

Well DOG GONE! Massa Sterling don’t got no love for you blacks!