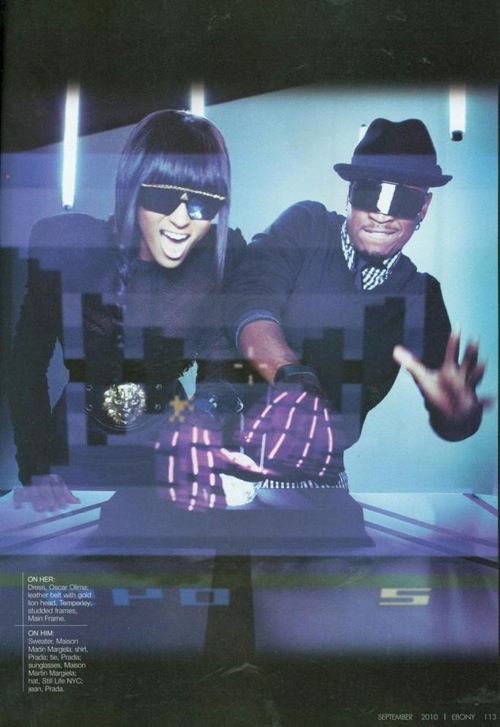 Ne-Yo posed for a fashion spread with Ciara in Ebony magazine. We’ve got those pix, plus his alleged new interview where he denies romantic involvement with his baby mama when you read on…

If you believe London’s The Sun “newspaper”, they’re reporting they did an interview with with Ne-Yo and he is claiming he and Monyetta Shaw, the mother of his unborn child, are “just friends”. Even though they totally act like more than that and are even rumored to already be secretly engaged. According to the paper:

The R&B titan, whose first child is due in January, said: “I’ll be in Atlanta, Miami or Brazil and celebrate with alcohol and a member of the opposite sex.”

When I asked about his tot’s mum, he said: “I have a friend. Not a girlfriend. She’s carrying my child but knows I can’t commit. She doesn’t mind other women.”