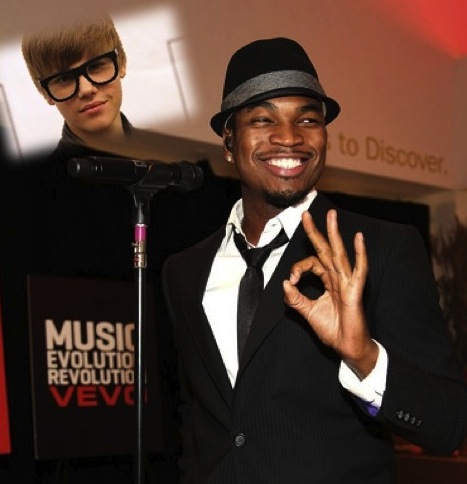 Ne-yo has recently revealed that it was he who discovered teen singing sensation Justin Bieber and not Usher Raymond. StraightFromTheA.com is reporting that Ne-yo claims he passed up the chance to sign Bieber years ago because he was too young at the time.

“Justin did a cover of one of my songs on YouTube which created a buzz. He came to a show and performed and was incredible then. But I didnâ€™t do anything because he was 11.â€

Ne-Yo adds that heâ€™s ok with his decision but despite Bieberâ€™s huge success under Usherâ€™s wing, Ne-Yo still felt the need to throw some shade. He states that Justinâ€™s hits arenâ€™t memorable and he still has some work to do.

â€œI have no regrets. Things happen for a reason. He wasnâ€™t supposed to be signed to me. Usher has done good. Where he is now is where heâ€™s meant to be.â€

â€œI still feel like heâ€™s figuring out things. Once he gets some tangible records heâ€™ll be a force to be reckoned with. Ten years from now no one will be singing Baby.

Itâ€™s good but not very memorable.

Justin is great on the drums and the guitar. He has talent and potential to land up there with Justin Timberlake and coâ€¦ Talent will take you further than looks, than how flat your stomach is.â€