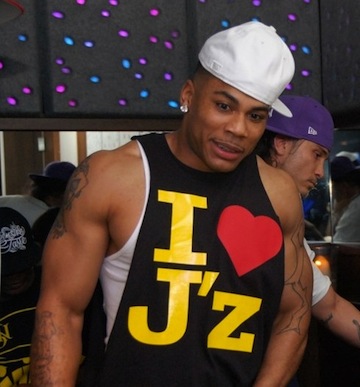 It appears as if hip-hop star Nelly has managed to upset a few members of the military.

According to TMZ, the rapper was slated to meet with troops at Alaska’s Joint Base Elemendorf-Richardson on Saturday, but he wound up canceling due to the flu. Nelly performed in Anchorage on Friday night, but the next day he sent out a tweet saying he had a fever and was throwing up.

He also apologized for not being able to make his meet and greet with the troops.

The apology didn’t do much to satisfy his fans, however, as Nelly’s Facebook page was flooded with comments from disappointed supporters. One person even posted a photo of a group of troops waiting for Nelly to arrive with a caption that accuses the rapper of standing them up. 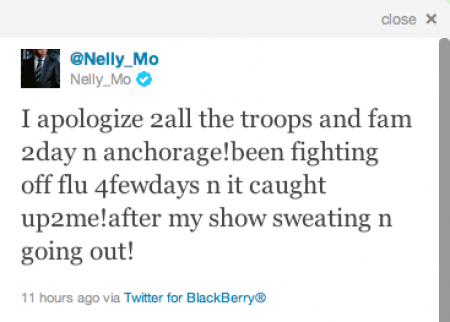