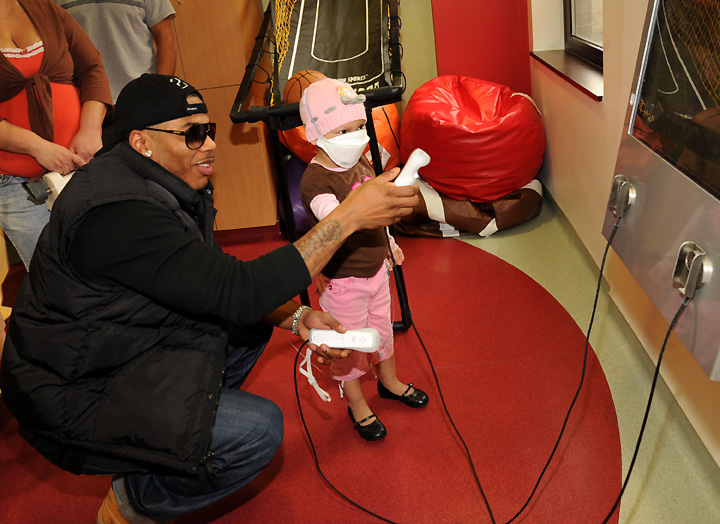 The homies over at Concreteloop.com posted these pictures of Nelley giving back to to the community in a big way… This is what they said:

Nelly poses with a patient at the Aflac Childrenâ€™s Cancer Center at Childrenâ€™s Healthcare of Atlanta Egleston Hospital on Friday in Atlanta. Teaming up with Macyâ€™s, he brought gifts to the kids and their families whoâ€™ll unfortunately be spending their holidays in the hospital.

Police say a man broke into rapper Nelly’s house in suburban St. Louis and stole electronics and video games. Authorities say the Grammy-winning artist was not homeÂ during the robbery early Friday morning.

St. Louis County police spokesman Rick Eckhard says a man used a window to get in and out of Nelly’s home. He said three people were inside the house at the time and one confronted the intruder. Eckhard says the man was able to get away with a duffel bag of electronics, a video game system and video games.