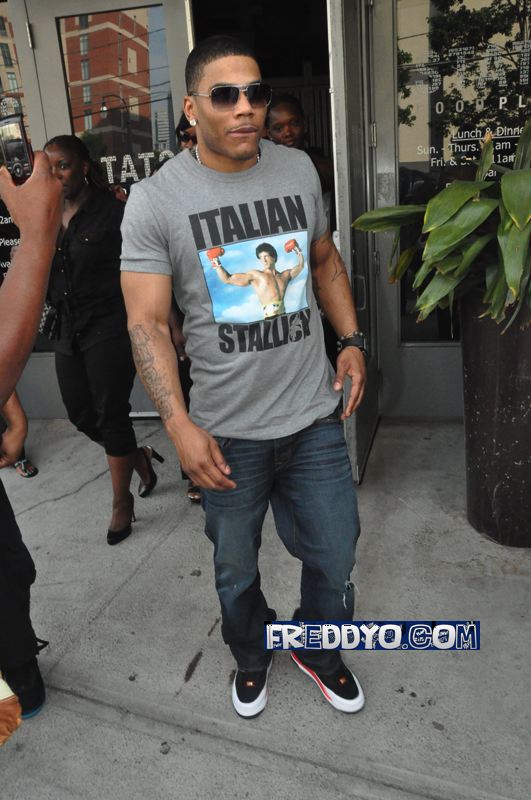 The road manager for hip-hop star Nelly is being accused of kidnapping. A concert promoter says Nelly’s roadie, Abby Cole, confronted him at an I-Hop restaurant in Branson, Missouri last August and “basically” kidnapped his security guard when he didn’t fork over an additional 35-thousand-dollars for Nelly’s concert that night. Paul Dunn tells KSPR.com, quote, “I thought I was fixing to get shot.” Dunn says he gave Nelly a 37-thousand-dollar check for the concert, as well as three-thousand-dollars in cash. Nelly’s camp reportedly thought they had an agreement for a total payment of 75-thousand-dollars, but Dunn says there was never a signed agreement. He adds, quote, “Basically, any more moneys to be paid was going to be determined by ticket sales.”
For his part, Cole admits to meeting Dunn at the restaurant, but denies making any threats. He says he was just trying to congratulate Dunn for doing a good job with the concert. Nelly’s record label Derrty Entertainment also released a statement saying they “expressly deny” Dunn’s allegations and will pursue their own “claims in the appropriate venue.” Branson police say witnesses in the case have yet “to be determined,” while the Taney County prosecutor says the issues are a civil matter that should be decided by a judge.