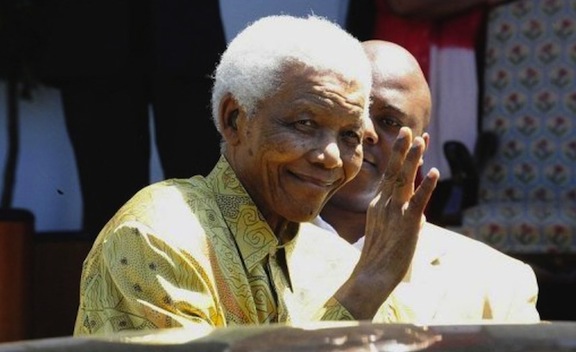 Nelson Mandela is recovering in a hospital in Johannesburg, South Africa from a collapsed lung. The former South African president was hospitalized in Johannesburg Wednesday for what his foundation said were routine tests. The Nelson Mandela Foundation added that the 92-year-old civil rights icon was in “no danger” and in “good spirits.” Mandela’s last public appearance was in July at the soccer World Cup.