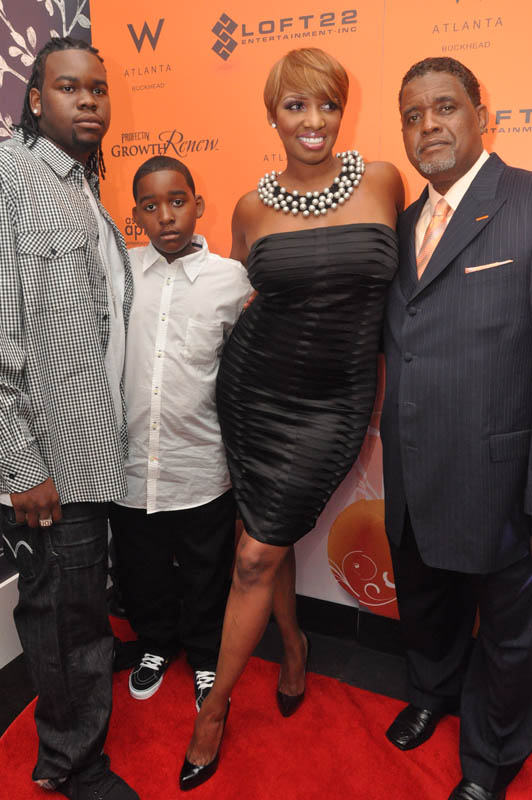 Real Housewives of Atlanta star Sheree shared this season that she is too young and fabulous to become a grandmother, but it looks like the grandmother title may go to Nene Leakes. Sources are reporting that her oldest son Bryson may have gotten his girlfriend pregnant, but Nene is not convinced that the unborn child is Bryson’s and demanding a paternity test.

This year hasn’t been easy on Bryson, first with his arrest for possession of marijuana and a separate incident where he was caught with a weapon. Earlier this season on the show we saw the 20 year old move back home with his mother, where he agreed he would look for employment and be out of her home in 90 days, but according to a source close to the family, Bryson is still residing at home and is not currently employed, which worries Nene because she feels she will be the one footing the bill for the baby.

The source told Radar Online, “Not only does she hate the idea of becoming a grandmother in her forties she believes that she will be left picking-up the tab for the baby because her son still lives at home and does not have a steady income. Bryson is still dating the girl, who is a local from Atlanta, but by no means is it a steady and secure relationship. NeNe believes that neither of them is mature enough to be parents but it’s understood that the girl is definitely going to have the baby.”