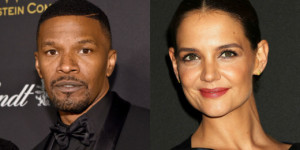 Well, it’s not really a new couple, we’ve had our suspicions for about three years. But if you didn’t guess correctly, it’s Jamie Foxx and Katie Holmes! Real Housewives of Atlanta alumna, Claudia Jordan spilled the beans during a recent appearance on the Allegedly podcast. Jamie and Katie have yet to confirm the relationship claims.

When asked about the nature of Foxx’s and Holmes’ relationship, Jordan answered, “He is very happy with her. I like that he seems very happy.”

Now I’m just left wondering what the full extent of their relationship truly is. If you remember, earlier this year Katie was spotted wearing a ring that fueled engagement rumors. The dating rumors began in 2013 after the two were spotted dancing together at a charity event.

This wouldn’t be the first high-profile relationship for either actor. Jamie Foxx has been linked to Fantasia Barrino and Stacey Dash, while Katie Holmes was married to Tom Cruise from 2005 to 2012. Holmes and Cruise share a daughter, 10-year-old Suri. But here’s a plot twist: Jamie and Tom were friends at one point, even starring in 2004’s “Collateral” together. 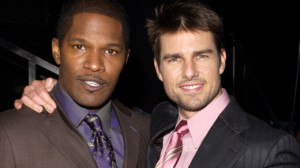 Earlier today, during an interview with Entertainment Tonight, Jordan retracted her remarks simply saying she “misspoke.” 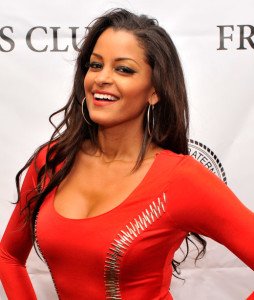 You’re not fooling us Ms. Claudia! Katie and Jamie, best wishes on the newfound romance!