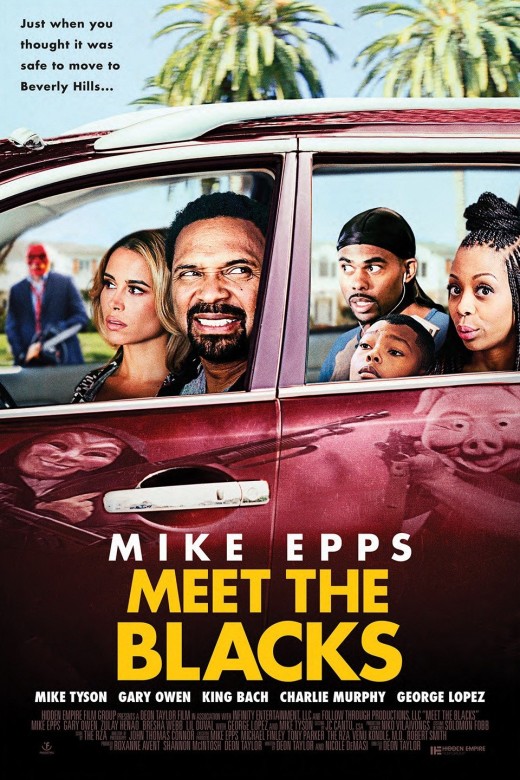 Commedian Mike Epps stars in Purge Parody called “Meet the Black”. The Purge is a scary movie that is all about social commentary. What is Mike Epps going to do with such a film?

Nothing like a scary movie than a parody about a scary movie. “Meet the Blacks” have the elements of scary and humor that is guaranteed to be a good time! About the movie:

Beverly Hills is about to get real dangerous…

The Black family is getting out of Chicago in hopes of a better life. After
Carl Black (Mike Epps) recently came into some unexpected fund$, Carl takes
his family and leaves the hustling lifestyle behind for something better.
Carl, his wife Lorena (Zulay Henao), son Carl Jr., daughter Allie Black
(Bresha Webb) and cousin Cronut (Lil Duval) pack up and move to Beverly
Hills.

Turns out, Carl couldn’t have picked a worse time to move. They arrive right
around the time of the annual purge, when all crime is legal for twelve
hours. Follow Carl and his family as they try to evade the typical horror
movie outcome.

“Meet the Blacks” premieres in theaters nationwide on April 1, 2016. Check out the trailer below.