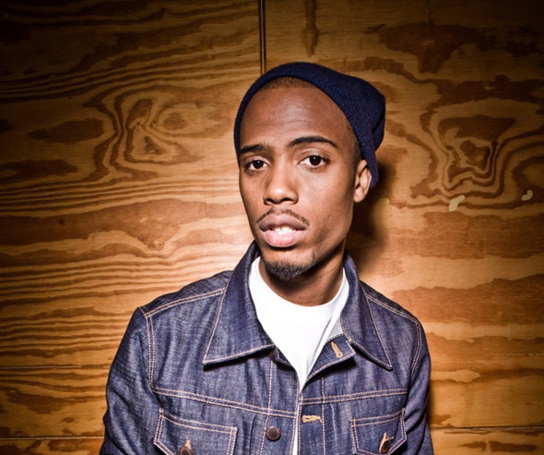 B.o.B. burst onto the scene this year with his debut album “B.o.B. Presents: The Adventures of Bobby Ray.” B.o.B. says the record is a collection of all the music he’s been working on throughout his life, adding that he’s now left to try and figure out how he should approach his follow-up effort.

“The Adventures of Bobby Ray” was a success thanks in large part to the Bruno Mars collaboration “Nothin’ On You” and the Hayley Williams-assisted “Airplanes.” B.o.B. says the key to a good collaboration is to make sure that it happens “naturally,” noting that he’s open to working with any artists that are “in his world.” B.o.B. adds that he’s happy to finally have an album out in stores, as he and his team have spent a lot of time working on the record.
Last week, B.o.B. picked up five GRAMMY nominations for his work on “The Adventures of Bobby Ray.” “Nothin’ On You” is up for Record of the Year, Best Rap Song, and Best Rap/Sung Collaboration, while “Airplanes” will compete for Best Pop Collaboration with Vocals. “

The Adventures of Bobby Ray” also earned a nomination for Best Rap Album. The 53rd Annual GRAMMY Awards will be handed out Sunday, February 13th in Los Angeles.