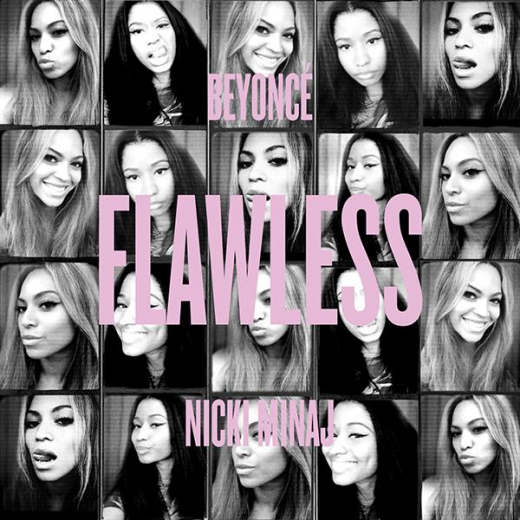 Beyoncé is known for dropping new music with little to NO notice! Well, Queen Bey has done it again. Beyoncé teams up with Nicki Minaj and releases “Flawless (Remix).” This time addressing some very interesting topics.

Beyoncé has sent the Beyhive into a frenzy with the release of “Flawless (Remix)!” We all know a remix would NOT be hot without Nicki Minaj…what can I say, she adds a certain “je ne sais quoi” to people’s work!

However, adding the NY rapper to the track was NOT the only thing that caused people to lose their minds! Mrs. Carter decided to finally address the elevator situation that took place a couple of months ago! For those who need a refresher, someone caught the mega star’s sister, Solange, attacking Jay-Z! Although, there was no audio, it was clear baby sister was PISSED! This incident was all happening while Beyoncé stood pretty in the corner, not saying a word or even attempting to separate the two.

“We escalate, up in this b**ch like elevators / Of course sometime sh*t go down / when it’s a billion dollars on an elevator”

It was nice to hear her finally address the incident, BUT I think the real MVP of this track goes to the Young Money rapper. What do you think?

Check out the track below:

Diggin’ this new remix? Tell us what you think! Comment below!