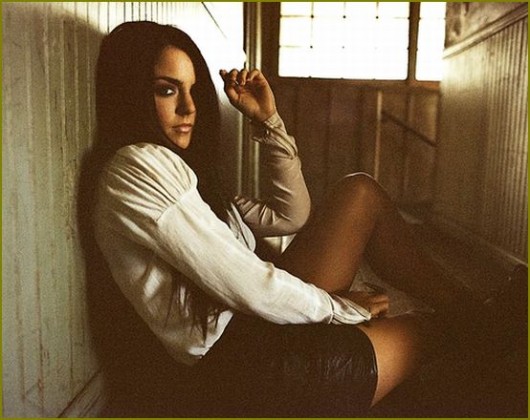 Jojo has been off the scene for a while but seems to be back and at it now since the release of her remix to Drake’s “Marvin’s Room”. I can’t lie the “Marvin’s Room” remix showed that she still has dope vocals. What’s even more exciting is her new song “Guardian Angel”.Â  The song resonates her now signature soaring vocals and soulful flavor that we all fell in love with when we heard “Leave (Get Out)”. Now, I’m not sure if the song will make the cut for the album but nonetheless, the song still has a great feel to it. Check it out here:

Currently she’s preparing for the release of her new album “Jumping Trains” which should drop in Fall. This will be her first album as an Interscope artist.Â  it was originally supposed to be titled “All I Want Is Everything”, however, she decided to name her third studio album “Jumping Tracks” because it symbolized the changes that took place in her life such as â€œMoving from Boston to L.A., transitioning from being a girl to being a young woman, living on my own, taking a different direction sonically, and just really finding myself and just jumping into a new chapter of life.â€ Are you feeling this new joint?