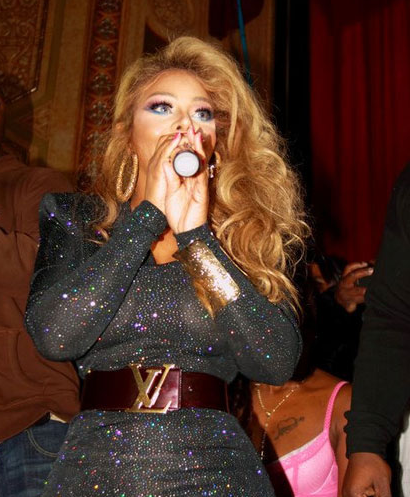 New single “Spend A Mill” from the Queen B has now surfaced online. Lil’ Kim’s new song is suppose to be the new single from her forthcoming album. The track first premiered on Hot 97 by DJ Absolut. Off a first listen it sounds more like a track for a mixtape. But the song has some potential to be a buzz track rather than a first single.

The pint-sized rapper who newly signed with Universal Music Group will release her fifth studio album. Fans are anticipating that this new album will be “Hard Cord 2.” Or the music the “Not Tonight” rapper was known for in the beginning.