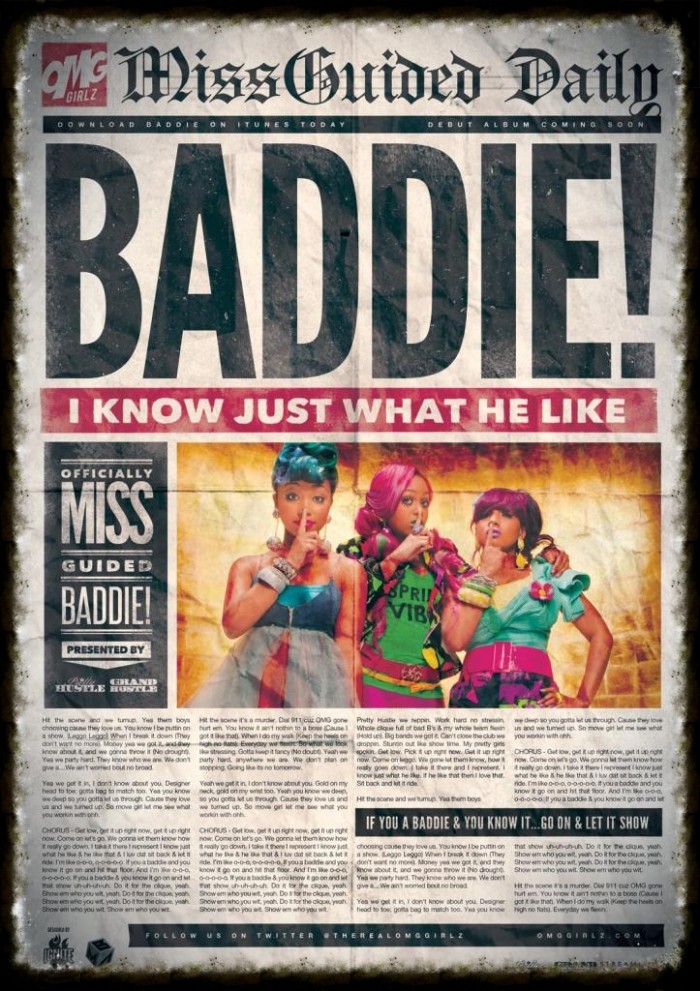 The OMG Girlz have released a new single called “Baddie” that is sure to blaze up the charts and be in heavy rotation in the clubs. The banging, bass heavy “Baddie” was produced by DJ Spinz, and is the latest single from the OMG Girlz’ upcoming debut album, Officially Misguided, which is scheduled to be released this year.

“Baddie” can be purchased on iTunes, but you can check out the audio for “Baddie” below:

The OMG Girlz look like they have another hit on their hands. I give this song two thumbs up! It’s catchy, has a great beat and is a good anthem for all the “baddies”.

Are you feeling “Baddie”? Let us know in the comments below.