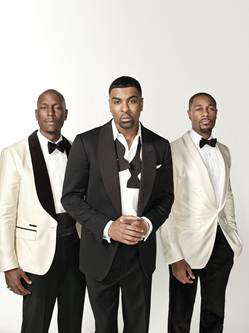 R&B Supergroup TGT has released a new single, “I Need”.

Check out the audio after the break!

Atlantic Recording group TGT (Tank, Ginuwine, and Tyrese) have recently released a new single, “I Need”, that will appear as a featured track on their forthcoming album, “3 Kings”. “3 Kings” is scheduled to be released on August 20.

TGT is currently on a nationwide “3 Kings Tour” that started in Oakland, CA and will end in Atlanta, GA on August 4. If you’re attending the Essence Music Festival, you will be able to experience the “3 Kings Tour” as TGT performs on the main stage.

“I Need”, was produced by Brandon “BAM” Alexander, and is a follow-up to their single, “Sex Never Felt Better”.

You can take a listen to “I Need” below:


“I Need” is available for download on iTunes now: http://smarturl.it/tgtineed

Team Freddy O is definitely feeling TGT and their single, “I Need”. The song is HOT! We see much success for this group in the future!

What are your thoughts on TGT’s new single, “I Need”? Are you feeling it?