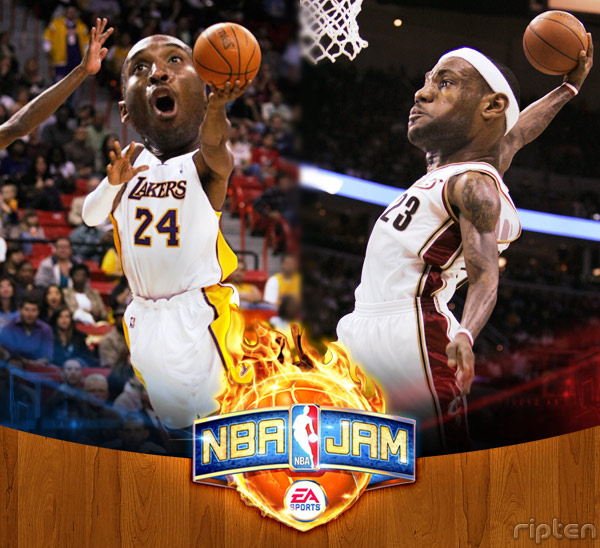 (10/6/2010) Â The new “NBA Jam” video game features some unlikely playable characters. Ya’ll don’t remember playing NBA Jam on the Super Nintendo…BOOM SHAKALAKA!! In addition to having the biggest stars of the NBA, there are also some of the biggest stars of Washington, DC. President Obama and Vice President Joe Biden are playable characters. NBA Jam players will also be able to check out the skills of 2008 Republican presidential running mates John McCain and Sarah Palin. Former President George W. Bush, former Vice President Dick Cheney, Secretary of State Hillary Clinton, Former President Bill Clinton and former Vice President Al Gore are also in the game.
“NBA Jam” features exaggerated two-on-two basketball action, with sky-high dunks and players that literally “catch fire” when they’re on a hot streak. It’s out on the Wii and will soon be released for the PS3 and Xbox 360.