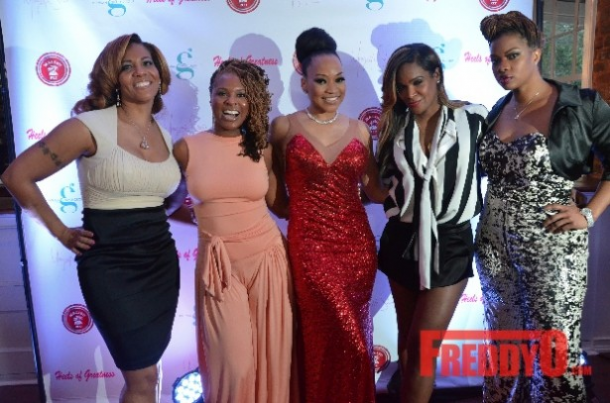 This summer, VH1’s “Hollywood Exes” sorority will charter a new chapter in ‘The ATL’ with the premiere of “Atlanta Exes.” As the thriving music and entertainment capital of the South, Atlanta provides the ideal backdrop and group of ex-wives for the franchise’s extension. The cast, featuring the once significant others of an elite list of A-list men, has no shortage of fabulousness, ambition, love, and drama.

“Atlanta Exes” stars the homie Tameka Raymond, who once enjoyed the perks and privileges that come with being married to an international music superstar, and now dedicates much of her time to the charitable foundation she started in memory of her late son Kile, interior designer to the stars the homie Christina Johnson (ex-wife of Cee-Lo Green), and my girl author and businesswoman Monyetta Shaw (ex-fiancé of Ne-Yo), who is busy penning a children’s book series based on the lively personality of her toddler. Also starring are my girl entrepreneur Sheree Buchanan (ex-wife of former pro football player Ray Buchanan), who co-owns a dessert catering company and also has a business that specializes in creating custom bedazzled hookah pipes, and actress, comedian, and producer my homie Torrei Hart (ex-wife of Kevin Hart). “Atlanta Exes” premieres summer 2014 on VH1.

Be sure to stay tuned!