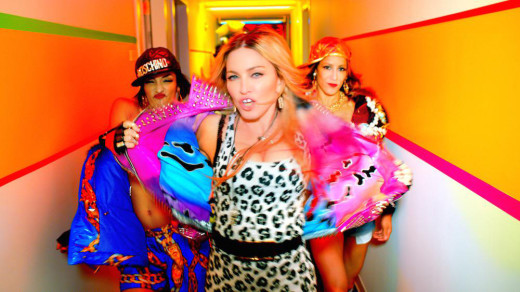 Madonna proves she’s the Queen of Pop in the star-studded video for “Bitch I’m Madonna,” that can only be seen on TIDAL. The song features Nicki Minaj but the video includes appearances from Beyonce, Katy Perry, Kanye West, Chris Rock, and Miley Cirus who all mouth along to the lyrics.  Madonna’s son David Banda shows off some impressive moves. 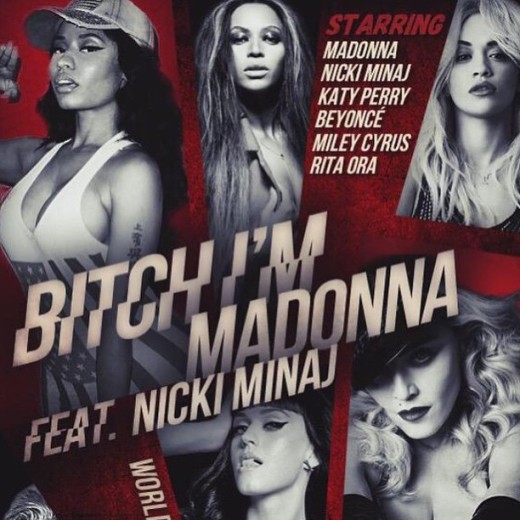 Madonna rocks a pink studded Moschino jacket and leopard-print dress, as she dances around a hotel where there’s a party going on in every corner and Nicki Minaj raps her verse on a TV screen with her signature pink hair.  The song was produced by Diplo and hits HARD!  Check it out below.

We go hard or go home, so we had the #QueenofPop, @Madonna, drop her new video. https://t.co/APe38sLYLs