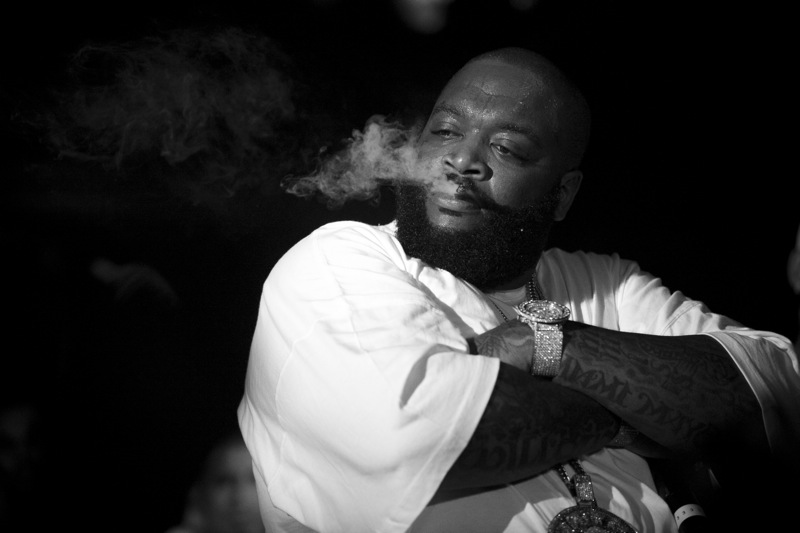 Ricky Rozay has done it again with another certfied hit ‘Hard in the paint’, the remake of Waka’s smash hit. Speaking of smashing, I know Ross is a big dude, but he literally demolishes this beat, practically owning it. As the camera pans over Vegas, and shows several sport cars, Ross erupts on the track with, “I go motherf*cking hard in the paint n*gga, touch 8 figures, put it in the bank n*gga…” Â Teflon Don is stores now. What version do you like better, Waka’s or Rozays? Check out the video below!