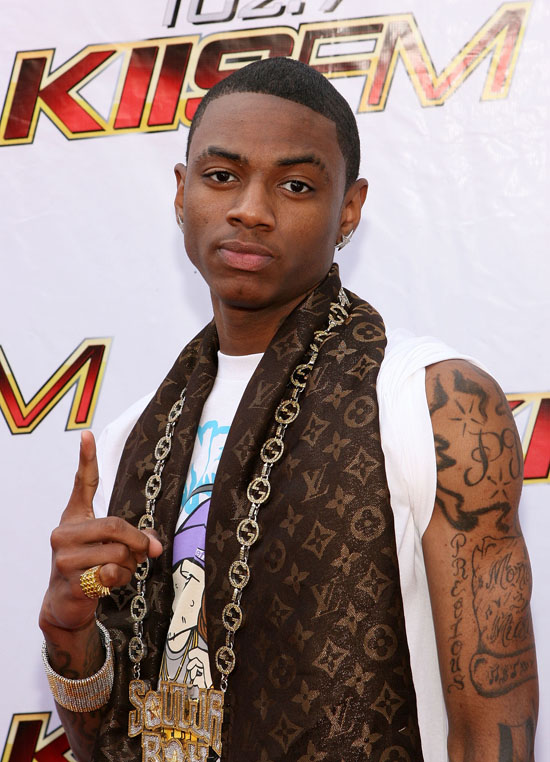 (11/28/2010) Soulja Boy wakes up and takes a different approach for the official music video for his new Boi-1da-produced single, “Speakers Going Hammer.”As he hits the block, everything is black and white, but as a variety of colored whips roll through, his speakers start putting a spell on neighbors who begin to gain color. Soulja celebrates with a speaker-thumping house party. The colors are fantastic and totally original. This video takes on the feel of Whip My Hair and as far as color is concerned and a little bit of Your Love Nicki Minaj as well, again with the color.It’s the third single off Soulja Boy’s third album The DeAndre Way, set to hit stores November 30th. It features guests such as 50 Cent, Trey Songz and our girl ,Keri Hilson.