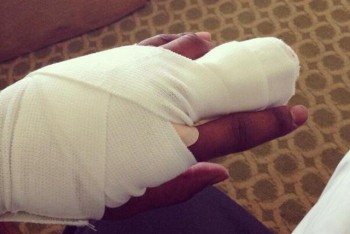 Arizona Cardinal Rashaad Johnson lost more than just the game against the New Orleans Saints; he also ended up losing his finger.

The safety played the whole game not realizing that his finger was severed. How’d he find out you ask? Well, after the game he took his glove off and a portion of his middle finger stayed inside the glove!

Can somebody say GROSS?!

Then after much twitter peer pressure, Johnson tweeted about, and posted pics of his nasty injury! 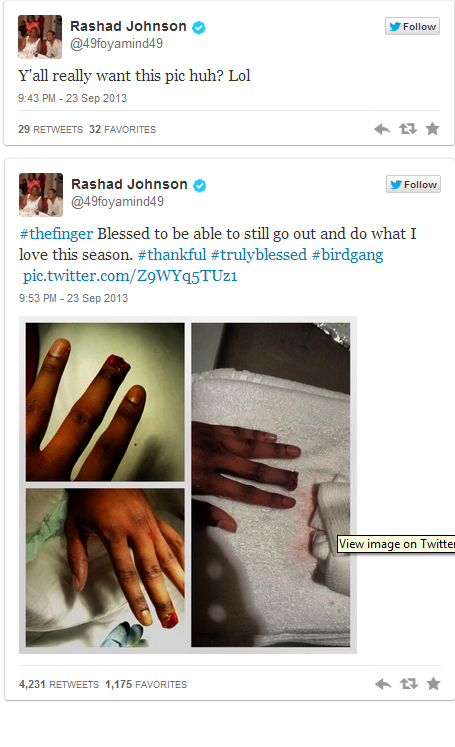