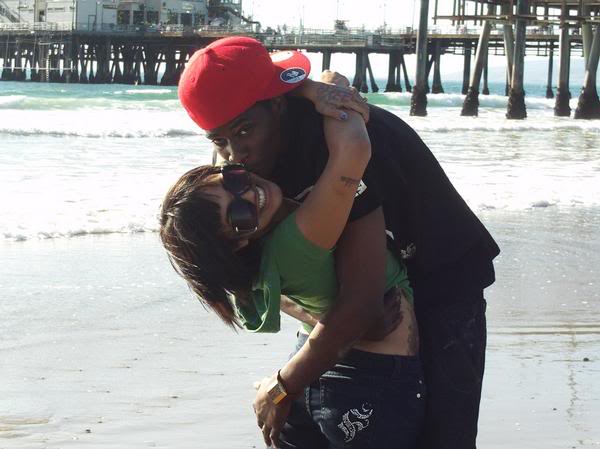 So last week, we saw the news blast about Mariah Carey’s sister being a prostitute. Uh yeah didn’t understand that, when clearly her sister is a international multi-millionaire. And now her hubby, Nick Cannon’s brother is in the media for major criminal acts.

Yes, Nick Cannon’s brother, Gabriel Cannon- who reportedly father the reality jump-off Danger of VH1’s “For The Love Of Ray J”, is currently reflecting on his actions in jail(LOL) for allegedly robbing a father and son. Gabriel and an unnamed friend was caught taking camera equipment out of the father-Alejo’s car. When he was spotted he proceeded to rob and beat them for their personal accessories: watches, diamond earrings, and necklaces.

Here’s a statement release of what Alejo reported to KCBS News:

Alejo tells KCBS, â€œMy dad goes around the front and he sees them taking our cameras out through the front. They took both of our cameras, the ones we work with every day.â€
Alex Moreno adds, â€œThey robbed us and beat us. They were all in the building. They tried taking our jewelry, they took my platinum cross, they tried ripping my watch off, our diamond earrings.â€

What is going on? Is this what it’s come to? Even though Nick and Mariah are clearly holding on to their duckets. But that doesn’t mean you need to sell your a** on the street or rob innocent civilians just to make a buck..?

Talk To me People what are your thoughts?

Get it together Gabriel Cannon! This is ridiculous!