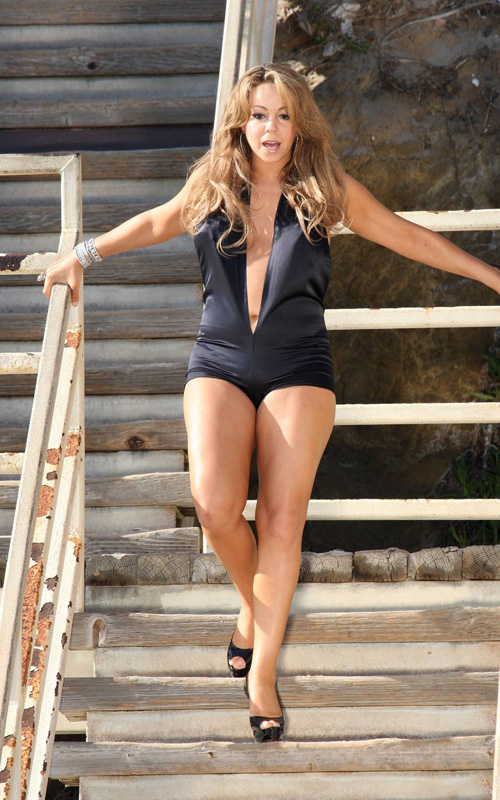 After months of speculation amongst the media, Nick Cannon has come out to set the record straight that Mariah is notÂ pregnant. After pulling out Tyler Perry’s latest movie, For Colored Girls, due to medical reasons, people immediately assumed the 41 year old songstress was prego. Well, apparently not.

Cannon: “Mariah is not pregnant. The timing has to be right. But I can’t wait to be a dad!”

It must be said, though; the media obsession with whether such and such is pregnant is rather insensitive at times. Granted baring children at a certain point in oneâ€™s life (particularly after marriage) is societyâ€™s â€œnormâ€, often ignored it seems is the possibility of it being potentially difficult for the Mariahâ€™s and Janetâ€™s of this world to conceive in the first instance. Worse still, what of the stars bombarded with pregnancy questions who may physically be unable to bare children?

Yes, there will always be mass interest in the private lives of artists (comes with the territory), yet a little restrain from some media outlets wouldnâ€™t go amiss. Just sayingâ€¦