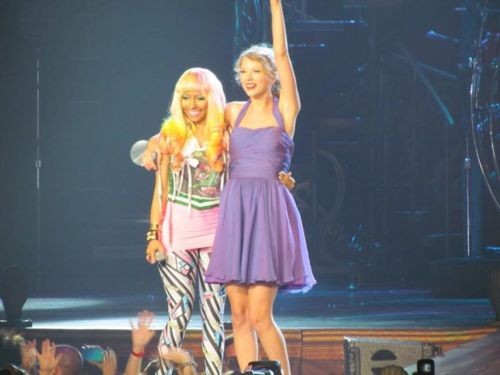 Nicki Minaj was venting her frustrations about MTV’s VMA nominations on Twitter on yesterday.  Hip Hop’s Barbie only received only two 2015 VMA nominations for “Anaconda,” but her woes brought out the feisty side Taylor Swift and had Kim Kardashian defending a caption on Instagram.

Nicki Minaj was upset about the fact that “Anaconda”, which is up for “Best Hip Hop Video” and “Best Female Video,” missed out on the “Video of the Year” nomination. The nominees for that honor include Swift, Beyonce, Ed Sheeran, Mark Ronson ft. Bruno Mars, and Kendrick Lamar.