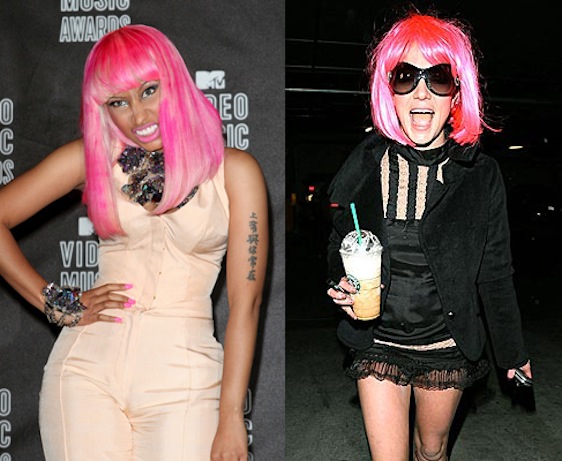 We told yall last week that it might be a BritNic Tour coming and now its Confirmed. A Britney Spears and Nicki Minaj summer tour is looking more and more likely. Speaking as her British alter ego “Martha,” Minaj confirmed that she is “in talks” to join Spears’ upcoming trek. Minaj, told MTV “I’m in talks about a lot of things, ya know.” Rumors that Nicki Minaj would be joining Britney Spears on the road started after Latin pop star Enrique Iglesias dropped off the tour. Nicki is currently fulfilling her duties as part of Lil Wayne’s “I Am Music Two Tour.” She will be taking the stage in New Orleans this Thursday. Britney Spears’ summer tour is slated to get underway June 17th in Sacramento, California.