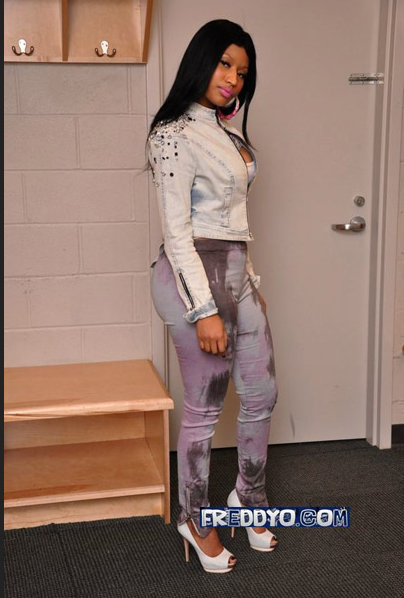 Nicki Minaj was turned away from her own record launch release celebration in New York.
Our source said that the 29-year-old “Starships” artist was planning to be present at the party but was denied access from Greenhouse club (the owners of Greenhouse are the same owners of WIP, the site of the Drake and Chris Brown brawl). Nicki showed up with her boyfriend/hypeman and an entourage of 25-30 people at 3:30 a.m. The police declined Minaj’s party access saying the location was too packed. â€œNicki was in a car outside, and didnâ€™t come in because only a portion of her boyfriendâ€™s group of 30 was allowed entry. He was trying to bring in too large a party, and therefore Nicki chose not to come in,â€ a club rep told The New York Post.
Source: CourtneyLuv