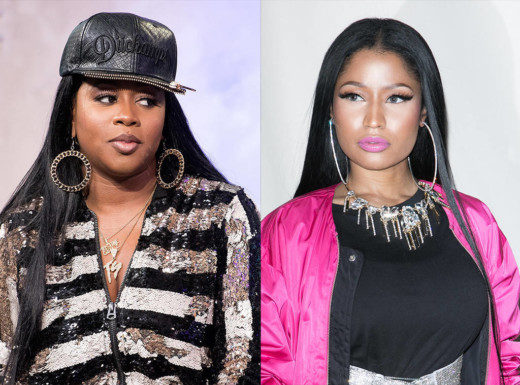 In addition to responding to Remy Ma with a diss record titled ‘No Frauds’, Nicki also posted an open letter of sorts. Without calling Remy out by name, she explains why she took her time responding to ‘shETHER’.

She also notes that Remy should not be shaming anyone about having plastic surgery since she has also been under the knife. Minaj writes:

Nicki also gives Remy 72 hours to respond with a hit record and offers Remy half a million to book a show or do an interview without mentioning her name. 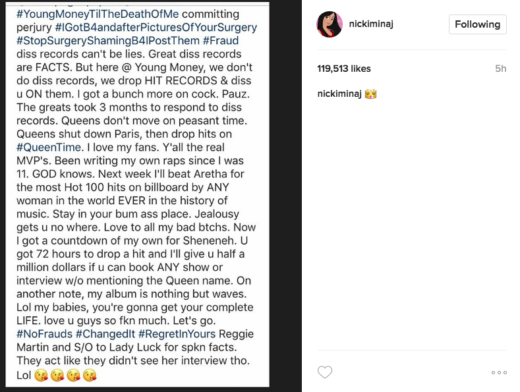