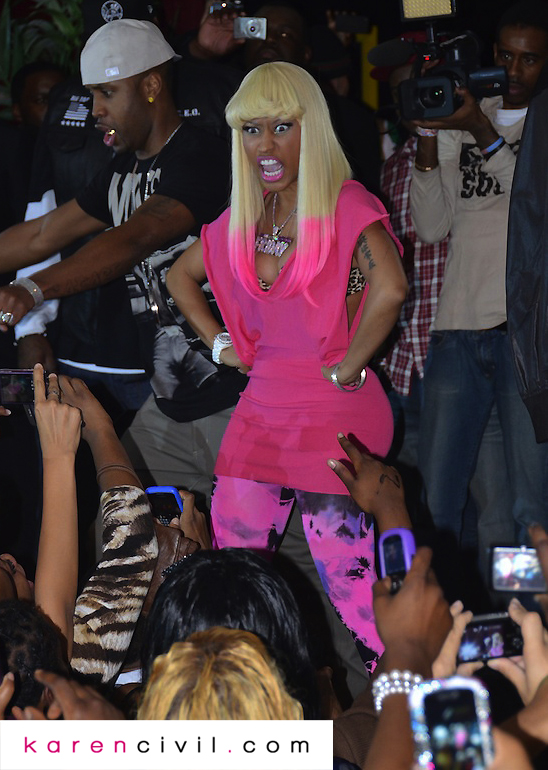 Fans will be getting an inside look at the life of rapper Nicki Minaj just days after the release of her debut record. MTV has announced that they will be airing “Nicki Minaj: My Time Now” on November 28th. The documentary will follow the “femcee” as she works on her “Pink Friday” album, reunites with family, and performs live in her native Trinidad. MTV’s “Nicki Minaj: My Time Now” will premiere Sunday, November 28th at 10:00 p.m. Eastern. Her debut effort, “Pink Friday,” will arrive in stores on Monday, November 22nd.

Fans can also catch Nicki Minaj on stage as a presenter at this weekend’s American Music Awards. The show will air live at 8:00 p.m. Eastern on ABC. Nicki Minaj helped fellow bloggerÂ Karen Civil celebrate her birthday last night by shutting down Club Ole in New Jersey. Here are the pic’s and preview video of “My Time Now”