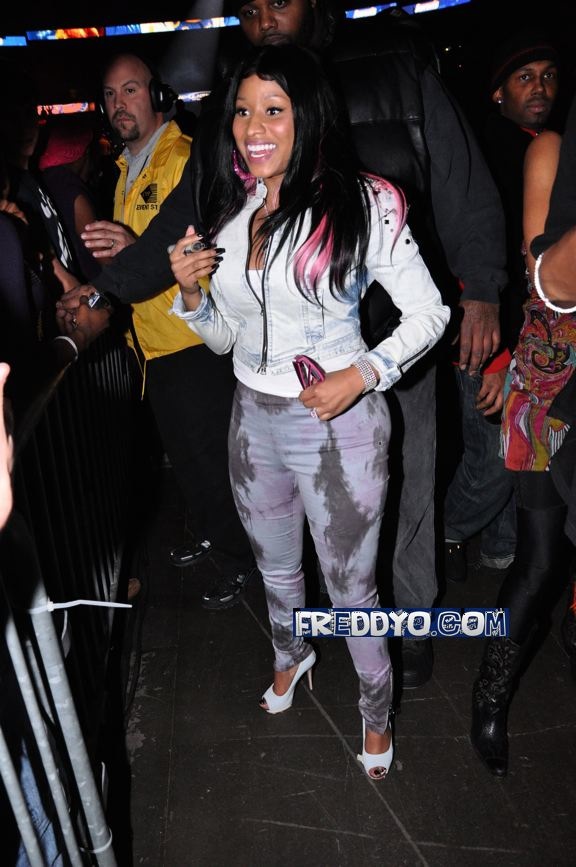 Nicki Minaj ripped the stage at Jingle Bash 2009. In August 2009, Minaj signed to Â Young Money EntertainmentÂ where in she will release her debut Â albumÂ Spring 2010. You know I got to give i to Nicki…she had all the white guys running up to her just so she can sign their chest. I would like to sign her chest with FREDDYO.COM. LOL

And I know yall looking for the pics of Lil Wayne, but I had to go to a PAID job… and he did not go on until late.