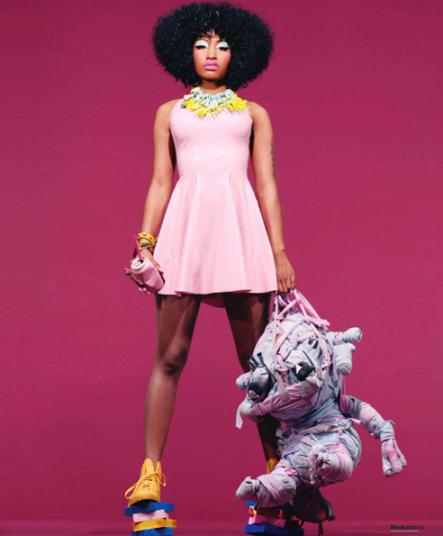 Nicki Minaj knows that not everyone in the rap industry is on her side. In a new interview with “BlackBook” magazine, the hip-hop diva says that even with her recent success, she still has her fair share of haters. Minaj remarks, quote, “All of those people who follow me on Twitter? They aren’t my friends. Some of them are fans, but many of them are people who hate my guts and are just waiting for me to tweet something that they can put on their blogs.” Minaj also discussed the similarities between her and pop star Lady Gaga, noting that they’re both rocking “the awkward, non-pretty thing.” She adds, quote, “What we’re saying – what I’m saying, anyway – is that it’s okay to be weird. And maybe your weird is my normal. Who’s to say? I think it’s an attitude we both share.”
Nicki Minaj will be supporting her debut album, “Pink Friday,” when she hits the road with her Young Money label mate Lil Wayne next month. The “I Am Music Two Tour” gets under way March 18th in Buffalo, New York