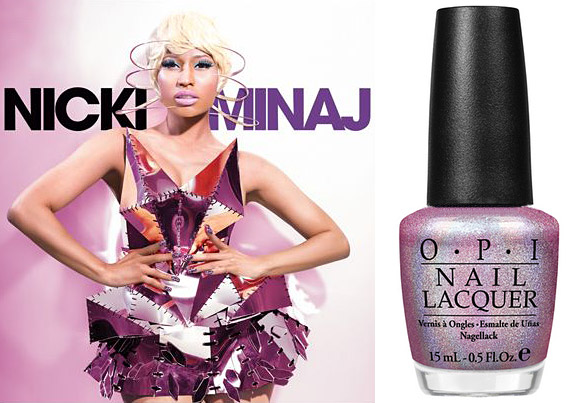 Nicki Minaj is set to debut a new nail polish with OPI January 2012. In the new line, there will be 6 new colors that are named after 6 of her songs. Look inside to check out some of the hot colors that will be featured on the new line.

The new line looks to include variety as it has girly colors such as the “Pink Friday” and some more brighter colors that resemble parts of Nicki’s personality such as the “Did it On Em” color. This new nail polish line was a creative way to stir up her business. I don’t know many celebs who have done this.

Are you excited about the new nail line? What color would you use first?