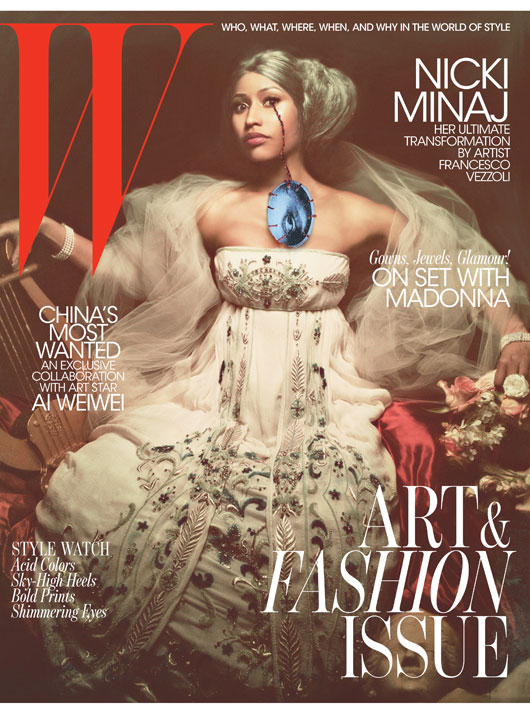 Femcee Nicki Minaj covers the November issue of W Magazine. In the magazine, we see another side of Nicki Minaj as she is transformed into a queen from the 18th century. Look inside for more interesting pics. 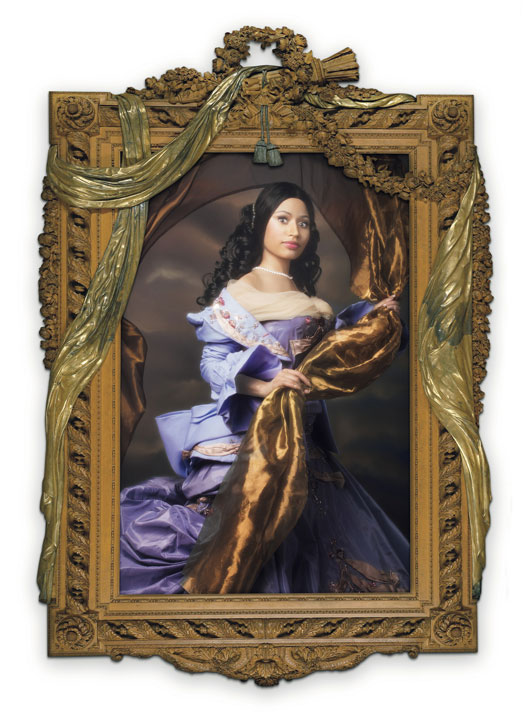 Photographer Francesco Vezzoli says that he wanted to work with Nicki Minaj because,

I wanted to play with the public image of a female hip-hop star. During my entire career, I have always been fascinated by powerful women in history. I have spent a lot of time researching the ways they were represented in art and how their images were used to mold the public imaginationâ€”and to convey aesthetic and philosophical ideas about beauty and sexual desire. My main interest has been to link the historical artistic approach to female representation to contemporary icons of the media era. 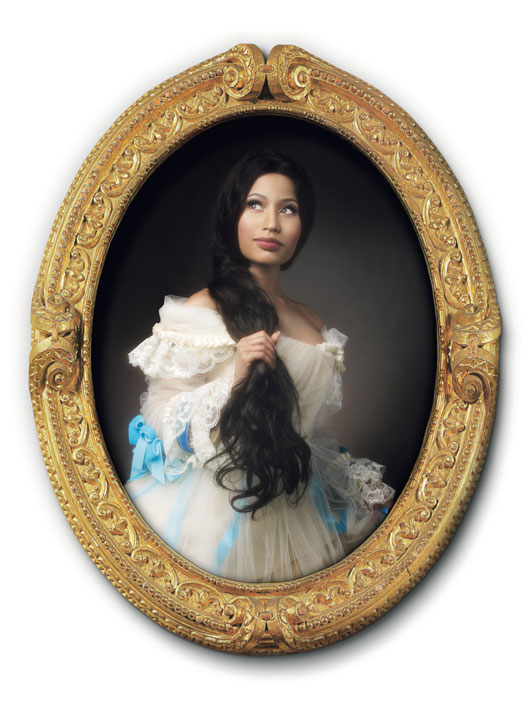 How he transformed her:

My idea was to reproduce four iconic portraits of some of the most fascinating females of the past in a series starringan American pop-culture role model. We tried to re-create those original portraits using similar furniture, props, and clothing, Ã  la Visconti. Luckily enough, the result came out as surreal as it could be, just as I wished.â€ 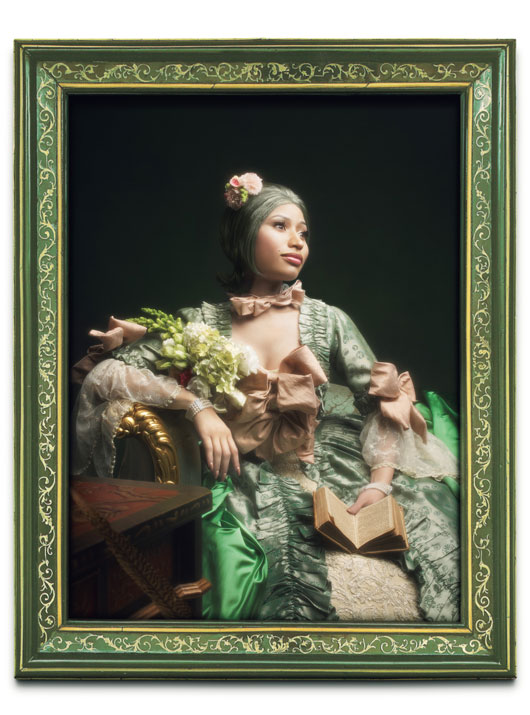 If you ask me the photographer did an awesome job! His work looks pretty cool! 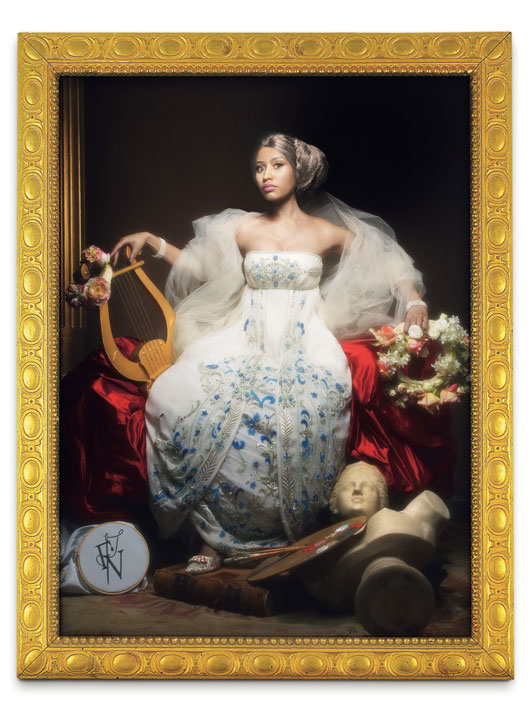 What do you think of Nicki’s latest photo shoot?