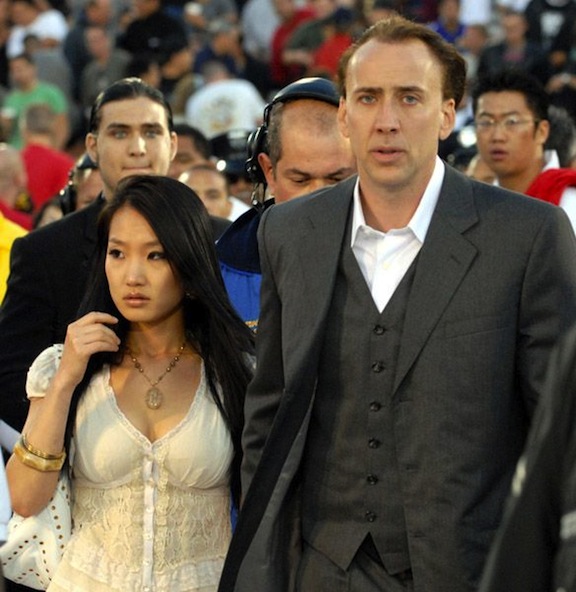 Oscar-winning actor Nicolas Cage has been arrested in New Orleans after a drunken argument with his wife outside a residence in the French Quarter, police said Saturday. The 47-year-old film star was taken into custody at about 11:30 p.m. on Friday and booked on suspicion of domestic abuse battery, disturbing the peace and public drunkenness, New Orleans Police spokesman Garry Flot said in a written statement. 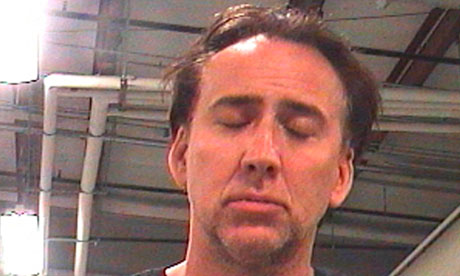 Cage was ordered to appear in court on May 31. According to the statement, Cage was observed arguing with his wife on a street in the cityâ€™s French Quarter. â€œ(Cage) and his wife were standing in front of a residence that he insisted was the property the couple was renting,â€ Flot said in the statement.

â€œShe disagreed and Cage grabbed her by the upper arm and pulled her to what he believed was the correct address.â€

The actor then began striking cars and tried to get into a taxi cab, Flot said.

â€œAt that point, an officer who had been flagged down by on-lookers drove up on the couple, immediately observed that Cage was heavily intoxicated and ordered him out of the cab, which prompted Cage to start yelling. The officers subsequently took Cage to Central Lock-Up,â€ Flot said.

There were no visible injuries to Cageâ€™s wife, he said.Cage, the nephew of film director Francis Ford Coppola, is best known for such films as â€œRaising Arizona,â€ â€œGone in 60 Secondsâ€ and â€œNational Treasure.â€ He has twice been nominated for an Academy Award, winning the Oscar for his portrayal of a down-and-out alcoholic in the 1995 film â€œLeaving Las Vegas.â€

Can yall remember way back when he did “Face Off”