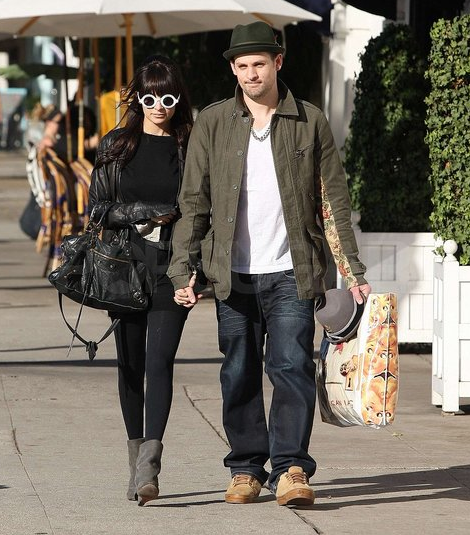 (9/24/2010) This weekend, Nicole Richie is to marry her long time boyfriend Joel Madden, and some say its about time. The Good Charlotte singer and Mrs. Ritchie (adopted daughter of soul singer Lionel Richie and his then-wife Brenda Harvey) already have two children together; the 2 year old Harlo and son, 1 year old Sparrow. Â Richie is perhaps best known for her role in the Fox reality television series The Simple Life, alongside fellow socialite and childhood best friend Paris Hilton. Her andÂ were engaged in February after 4 years of dating. Rumors started to buzz after they caught Ritchie party wild at what look like to be her bachelorette party.

Richie’s personal life has received considerable publicity in tabloid press, for her dramatically thin appearance which sparked rumours of an eating disorder, two driving under the influence (DUI) arrests in 2003 and 2006 respectively and her extensive drug abuse throughout her late teenage years and early twenties. Richie entered rehabilitation and has since given birth to two children with her domestic partner Joel Madden, member of the American pop-punk rock band Good Charlotte, which has received international media attention.