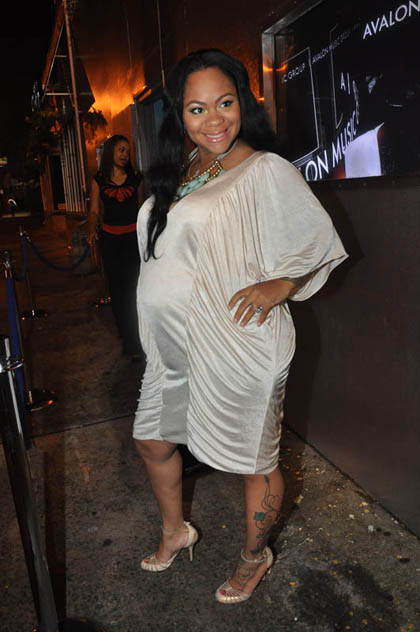 Lil Wayne is a father once again Nivea welcomed a son into the world on Monday.Â  The couple has reportedly named their child Neal.Â  Following the birth, Young Money President Mack Maine took to his Twitter account to express his joy.Â  The rapper tweets, quote, “Baby Neal was born healthy to Nivea Nash and Dwayne Carter!!!!Â  Thanx 4 all the blessings n support!!!!”Â  The child is Lil Wayne’ second son born this year.Â  “Weezy” and actress Lauren London delivered a baby boy back in September.

Wayne, who I have to tell yall is one of the most loving fathers you will ever meet won’t Â get to spend as much Â time with his new children in the coming months as he would like.Â  Wayne is due in court on December 15th to be formally sentenced to a year in prison.Â  Wayne pled guilty to felony gun charges in New York City back in October.Â  The charges stem from a 2007 arrest in which police found a weapon while searching Wayne’s tour bus. I know that Wayne is a trooper and will come out on top… Cause he has a good family and friends that will be by his side every step of the way… Â  Wayne’s rock-inspired “Rebirth” album will also arrive on December 15th.