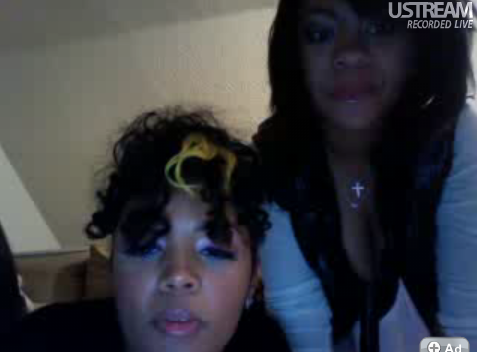 I have got to say its been aÂ while since I have heard a remix to a song where the artist is going in and I actually listened to the words. Now I really don’t know who they are referring to, but we do know Nivea goes in on this remake of TimbalandÂ and Drake’s hit “Say Something”. You can hear it in her lyrics that she is calling out to Lil Weezy F. Baby and wants him to Say Something Baby. Here is a verse were Nivea pour’s her heart out, — who ever she’s talking about {Hummms}…. She went off:

“If we could have worked it out, but I guess things change, its funny how someone else’s success brings pain. When you are no longer involved, and that person has it all,and you just stuck there standing…Im gone need you to say something baby.Â Wish I could pull you out the game, its the thing that made you change, plus I was your heart, before your blackcard, you told the world about me, before you forgot about me…”

After hearing the song it seems as though Nivea wants to move on but her Boo still got a lil piece of her heart. The song which was recorded for Rasheeda’s mixtape “Boss Bitch Music” will be coming out soon and is clearly going to be a mix tape that goes off. I cant wait to hear it….

Here is video of them while Â they were recording the song ….